For many people the death of a loved one, friend, or acquaintance is a sad occasion. Words can't describe the pain, emptiness, and feelings of loss after a death, but these quotes capture those emotions with precision and empathy.

The loss of a grandparent, parent, spouse, child, or sibling is often the saddest death you can experience because of the close bonds that come with these family relationships. Sayings about the death of a loved one help give definition to your feelings and express to others what is happening inside you as you grieve.

Death of a Parent

When a parent dies, children are left with a hole in their heart and life, as parents are among the few people present from birth. In his book For One More Day, Mitch Albom captures this feeling in such a profound way when he says, "But she wasn't around, and that's the thing when your parents die, you feel like instead of going in to every fight with backup, you are going into every fight alone." The loss of this intrinsic support system provided by parents can be devastating.

Loss of a Child

One of the saddest deaths a person can experience is the loss of their child. The death of a child leaves parents scrambling to find new meaning in their life and get through every day, one minute at a time. Wayne Loder captures this sentiment in the phrase, "When your child dies you find your life is forever divided into 'before' and 'after'." An unknown author adds the similar message, "When you have a child in Heaven you live in limbo between 'here' and 'there'."

In his book Where Things Come Back, author John Corey Whaley describes what it's like to be the brother of a missing boy. He says, "...a part of my very being had gone with him. Stories about us could, from them on, be told from only one perspective."

When you lose a sibling or friend you've shared memories with, it's sad to realize you can't ever hear how they experienced those memories again. In her book My Sister's Keeper, Jodi Picoult expresses the confusion that comes after losing a sister when she writes, "If you have a sister and she dies, do you stop saying you have one?" There are words to describe wives who lose husbands, but not siblings who lose siblings.

A death is one of the greatest losses any person can experience. Words like these capture the magnitude of this feeling. 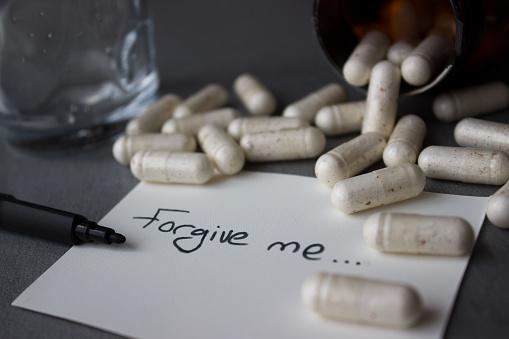 Death by suicide is one of the most tragic ways to lose a loved one as many feel it could have been prevented or avoided. Often, it is those left behind who suffer the most sadness in these scenarios.

From the Deceased's Perspective

Emilie Autumn explains in a quote on mentalhealthdaily.com how a suicidal person's thoughts might sound and the stigma that comes after a failed attempt. "Nothing in my life has ever made me want to commit suicide more than people's reaction to my trying to commit suicide." These ideations are a vicious cycle of negative self-thought that can't be reversed by the good intentions of others. An anonymous saying adds, "Suicide doesn't end the chances of life getting worse, it eliminates the possibility of it ever getting any better."

For Those Left Behind

Loved ones left behind after someone commits suicide are left with endless questions, grief, and sadness because they can't understand why this would happen. Jeannette Walls shares, "When people kill themselves, they think they're ending the pain, but all they're doing is passing it on to those they leave behind." The person who dies no longer feels sadness and despair, but as Clark shares, "The person who completes suicide dies once. Those left behind die a thousand deaths, trying to relive those terrible moments and understand...Why?"

Feelings of sadness after a death are a normal part of the human experience. Acknowledge and respect those feelings with quotes like these to help you move through the emotion.