Premonition of death is an inexplicable, strange feeling someone is going to die. Some people have a premonition of death that is very clear, while others only have an overwhelming feeling of fear or anxiety about an event or person.

Does a Premonition of Death Mean Certain Death?

How Often Do People Having a Death Premonition Actually Die?

People who have a premonition of their own death don't necessarily die. However, people who are in an accident or other type of trauma often have such premonitions about their death.

The National Center for Biotechnology Information conducted a survey of 302 trauma members about patient premonitions of death (POD). These were accounts of patients expressing a feeling or sensation of death. The results revealed these patients were most likely to die. Other results of the survey of trauma healthcare workers included: 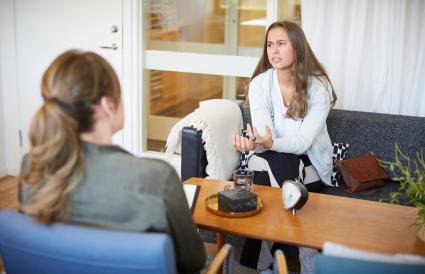 Can You Have a Premonition of Your Own Death?

There are instances when people have a premonition of their own death. There is a type of knowing deep within.

The last email that reporter David Bloom wrote to his wife hours before he died made many people wonder if he had a premonition of his death. Bloom's last email was read at his funeral. Bloom died of a pulmonary embolism from an undetected dislodged deep vein thrombosis (DVT) believed to have been caused from riding in cramped military vehicles. The Rev. Father Matthew McGinness spoke of Bloom confiding in him about his death on the night before he traveled with the military for Kuwait City. Rev McGinness said Bloom spoke about how he was prepared for his own death.

Premonition of Death Without Knowing Who

Some time after the 9/11 terrorist attacks, it was reported that many 9/11 victims had premonitions of their impending deaths. Many would-be victims heeded the warnings they received and didn't go to work or board a plane that day. In her book, Messages: Signs, Visits, and Premonitions from Loved Ones Lost on 9/11, Bonnie McEneaney tells the stories of 9/11 victims, would-be-victims, family, and friends, who had death premonitions. Bonnie's husband, Eamon, died in the attack, and she writes that he had some kind of premonition or several premonitions over the course of a year. Many people revealed similar premonitions and feelings either they felt or their loved ones did.

Strange Feeling Someone Is Going to Die

If you have a sudden strange feeling someone is going to die, but you don't know who, there is very little information for you to act on. This kind of premonition feels cruel, and the only thing you can do is wait.

You can meditate to explore your premonition further. Meditation is a more focused process that can reconnect you to the spiritual world. Once there, you can ask for clarification from a guide or your higher self.

It's important to realize that not all premonitions of death are meant to be interpreted as a literal death. It can be a symbolic death, such as the death to your current way of life. It could be the death of a career or even a relationship. If you are on a spiritual path and are striving to evolve spiritually, the dream could be symbolic of the death of your spiritual death being reborn to a higher level of spirituality. 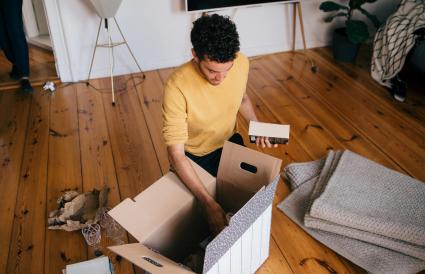 If you have a dream of dying or an actual premonition of your death, take a breath and calm down. Examine various areas of your life to determine if anything is coming to an end, such as graduating from college, an upcoming marriage, a career change, or moving to another city. These are all life-altering events that could be symbolized as a type of death.

Premonition of Death and What It Means

There are many possible meanings for a premonition of death. It can be a symbolic form of death, or it can be a prediction given to you as a warning so you can act on it.