The appearance of the eye changes right before death and again after someone has passes away. This occurs as the body's functioning slows down and eventually ceases. Knowing what to expect if a loved one or friend is in the process of passing away can help you prepare for what you may experience with them.

In addition to other physical and mental shifts that can occur right before passing away, the eyes go through a few changes. These will vary from person to person, but in general many people with experience an overly watery eye. Right before passing away, an individual's eyes may appear glassy and tear often. Hours to moments before death, eyes may be slightly open, but appear not to focus on anything.

Eye Changes After Passing Away

After passing away, the eyes go through several predictable changes. These shifts can help narrow down the time of passing away if the individual didn't die in a hospital or hospice care.

Corneal opacity is thought to help note the time of death of an individual. Corneal opacity tends to increase the longer someone has been deceased. According to a study of 174 male and female cadavers, regardless of gender, opacity increases in the eyes the longer someone has been passed away. By measuring opacity, one is then able to estimate the time of death.

Some people report that they notice their loved one's eyes change colors after they've passed away. Many liken it to the color of a newborn child's eyes- a dark blue. Unlike some newborns, whose eyes are blue due to the amount of melanin present at birth, a deceased individual's eyes will look blue or grayish because of corneal opacity. While the actual color of the iris does not change colors, a hazy film forms over the eyeball which can give it a blue or gray appearance. 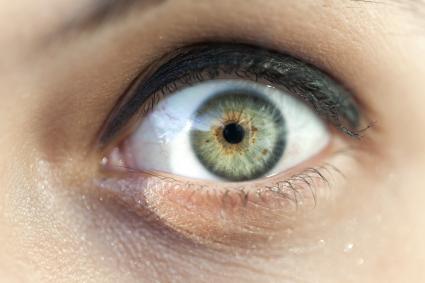 Another change you may notice is known as the Kevorkian sign, which can occur minutes to hours after death. The Kevorkian sign is the fragmenting of blood vessels and can give the eye a bloody sort of appearance. Dust deposits can accumulate in the sclera, the white of the eye, and lead to a yellowing appearance in the corners of the eye as well.

After someone passes, the pupils enlarge as the body relaxes and loses oxygen. Constricted pupils require muscle activation, so post-mortem the pupil, the area of the eye that dictates the amount of light let through, relaxes and opens. Pupils will also be fixed and not reactive to light. This is why individuals may shine a light into somebody's eyes to check to see if their pupils are reactive. If they are reactive, one can surmise that there is some brain functioning. If they are not reactive, and other signs of death are confirmed, the individual may be pronounced dead.

Understanding When Eyes Change Their Appearance

0
Comments
© 2006-2021 LoveToKnow, Corp., except where otherwise noted. All Rights Reserved.
Resources, Advice & Tips for Covid-19
Read More
When and Why Eye Colors Change Before Death