It seems like nearly everyone has some sort of interest or fascination in understanding what, if anything, happens after someone has passed away. There are several theories and beliefs about whether death is the end or if there is an alternative experience that occurs.

Biocentrism, a concept created by Dr. Robert Lanza, notes that time and space are not the reality, but merely human's reality. This means that people use this information to make sense of the world surrounding them. Lanza also focuses on what happens when people aren't looking and posits that this is not the only reality, just people's reality. When one dies, "there's a break in linear consciousness", meaning that death is merely part of one reality, but there are many other realities and universes that you carry on in (in fact infinite). Underlying this concept is the notion that death does not really exist, and it is an illusion of people's current reality. Experiments that have illustrated this concept include:

Religious Views of Death and What May Come Next

Different religions have various views on what happens at the moment of death and after someone has passed away. Keep in mind that not every individual who identifies as a believer in a certain religion will have these general beliefs. Everyone's beliefs can have certain nuances, while others may follow their religion to the book. Some generalized common beliefs include: 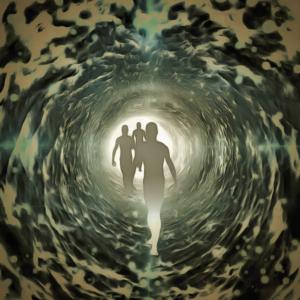 The notion of the multi-verse, or parallel universe, posits that people's observable reality is limited and there are an infinite amount of possibilities in infinite realities. This means that when you die in this universe, there's an alternate universe where you continue to live on without an awareness of alternate versions of yourself.

There are many perspectives on whether or not death is the end of everything. From research to varying religious beliefs, there are a multitude of different concepts and theories surrounding this fascinating topic.

Comments
© 2006-2021 LoveToKnow, Corp., except where otherwise noted. All Rights Reserved.
Is Death the End of Everything?