How long does a spirit linger after death and can you see or feel the spirit? This and other questions are asked of mediums and scientists. As you might imagine, these two don't agree on the answer, but each can offer you unique insight.

How Long Does a Spirit Linger After Death?

If you ask a medium how long the spirit will linger after death, the answer you'll receive is that spirit doesn't have an expiration date for how long it can hang around after death. In fact, according to many mediums, spirits can come and go as they please, moving between worlds by exerting their free will.

There are instances when spirits can't or won't move beyond the physical realms for various reasons. For example, this might be because the spirit has unfinished business or loved ones left behind who the spirit wishes to protect and oversee their well-being. Then, there are cases where the spirit cannot let of the negative emotions either surrounding their death or their life. These spirits fail to release from this world and cling to it. This is a matter of exerting free will, and those spirits remain tethered to this world until they are ready to leave.

Some Spirits Cross Over Quickly

Bestselling, award-winning author and intuitive medium Melissa Alvarez shares her experiences with spirit. "Some souls cross over right away with no contact. Other souls visit loved ones briefly to say goodbye and then move on rather quickly."

Psychic medium Maureen Wood adds, "For instance, the living person can experience what is known as the last goodbye as their departed loved one makes their presence known immediately upon their passing."

Spirits Linger After Death Due to Unfinished Business

Melissa has known spirits to return a few weeks after their passing to give her a specific message for their loved ones. Once the message is delivered, the spirit is able to move on to the next plane of existence. Some spirits remain tethered to this world. "There are souls who never really transition but hang around on the earthly plane due to feeling they need to watch over someone, or they need to help others," Melissa says.

Spirits Remain as Long as Necessary

Maureen explains that spirits often remain close by their loved ones out of concern for their pain and loss. They stay until they are certain the healing process of has begun. She says, "This process can take place in a matter of days or a matter of years."

Other Reasons Why Spirits Linger Long After Death

Some spirits linger for a long time after death. Melissa says, "I believe it all depends on the frequency of the person before passing, the relationships they had, and if they learned the lessons, they set out to learn on the earthly plane."

How to Know When a Spirit Stops Lingering

Sometimes people worry their loved ones may still be lingering long after they've died. Maureen Wood says, "It's been my experience that when we think of our loved ones who have left us and begin to feel enveloped by love and peace, this is when the spirit has left the constraints of the earthly plane behind."

Spirits Return to Help Loved Ones

Melissa Alvarez explains how spirits often return long after their death. "There are souls who move between the earthly and the spiritual planes regularly to help those of us still on the earthly plane to understand the spiritual realm," she says. Maureen also understands this love connection that never breaks even after death. "Rest assured that moving on does not mean they are gone forever. Our departed loved ones are just a thought away. Talk to them, as they are always listening," she says.

In the mid-1970s, Dr. Raymond Moody confounded fellow medical colleagues with his theory of near-death experiences (NDEs) based on the experiences of his and patients and others. He coined the phrase near-death experience to describe the stories told by patients who were clinically dead and resuscitated. These patients reported remarkably similar experiences of leaving their bodies and journeying, oftentimes through a tunnel of light, and being greeted by deceased loved ones. 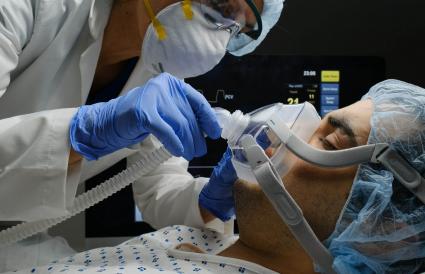 Dr. Moody also coined the phrase, shared death experience (SDE). This phenomenon occurs when a person suddenly finds themselves outside their body along with the person who just died. In most cases, the person is with the deceased at the moment of death.

Those who report having a shared-death experience claim they find themselves pulled out of their bodies and see the deceased beside them. The lingering event only lasts a few short seconds, but in that moment, the person understands there is an existence after death. While this doesn't answer the question how long a spirit lingers after death, it certainly demonstrates that the general understanding of the spirit or soul is practically non-existent in the scientific community. This isn't true of the psychic community, where spirit is a commonly accepted and recognized part of life.

Hospice nurses and other hospice workers witness many strange things when a patient dies. Some report seeing a small light above the patient at the time of death. Others admit they have experienced a shared death experience. This phenomenon hasn't been taken seriously by scientists for study, perhaps because it is a spontaneous event that cannot be controlled or planned.

Stories of the Spirit Lingering After Death

Many times, the resuscitated report they lingered over their corpses and viewed the activities taking place during and after their death. When they were brought back to life, they were changed by their experiences, no longer having a fear of death. Oftentimes, people who have an NDE return to life with psychic and mediumship abilities.

Historically, scientists have dismissed the claims of NDEs, citing brain misfunction as the cause. Scientists view any mention of spirits or souls and life after death as unsubstantiated and at best merely anecdotal evidence. Science requires quantifiable proof, especially when it comes to claims of life after death. 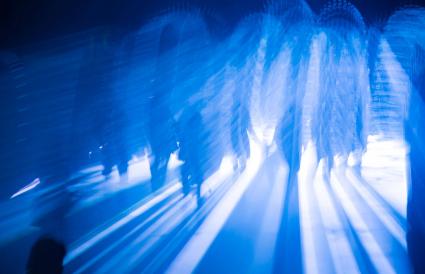 Does the Soul Have Particles?

A prime example of a non-believing scientist is physicist Sean Carroll, who equally discounts reports of NDEs and Dr Moody's research of thousands of NDE patients. Carroll tells CNN that life after death is not compatible with modern science. Carroll states that if the soul exists, then it would have particles. He wants to know if the soul exists, then where are the particles holding the soul together and how does the soul interact with ordinary matter. Carroll shrugs off all claims of NDEs and any afterlife experiences calling them wishful thinking. As for people with stories of shared-death experiences, Carroll is equally dismissive, stating it is all based on a flimsy foundation.

However, in 2015, the National Institutes of Health (NIH) stated, "Perhaps near-death experiences open a window to the concept of a universal consciousness that is free of time and space." The NIH went on to state, "The principles of quantum physics provide us the conceptual framework and tools for exploring the ubiquitous experience of death."

Dr. Sam Parnia is a critical-care physician who is changing the scientific perception of death. Just like Gardell Martin who drowned in a frozen stream, Dr Parnia writes about the whole body stroke where the heart fails, but all the other organs take longer to die.

Dr Parnia uses this window to resuscitate the patient and restore life. He tells National Geographic there is a more significant long period than previously believed when the person who is clinically dead can be resuscitated. He states that death can be fully reversed. Such revolutionary medicine can potentially create more stories of NDEs.

Answering the Question: How Long Does a Spirit Linger After Death?

The answer to the question of how long a spirit might linger after death is easily answered by psychics and mediums. People who've had a NDE are convinced of the eternity of the spirit (soul) while scientists are not convinced of the existence of the soul, much less that it lingers after death.

Comments
© 2006-2021 LoveToKnow, Corp., except where otherwise noted. All Rights Reserved.
How Long Does a Spirit Linger After Death?