Death of a brother quotes may give you some comfort from the pain of your loss. You may find a handful of quotes that speak directly to your love for your deceased sibling.

Death of a Brother Quotes From Brother

A brother is often a role model for a sibling and a protector. For a sister, a brother is both of these things and often a teacher.

Inspirational Quotes for Loss of Brother

Those who dedicate their lives in the service of others are real heroes. Their daily sacrifices have an impact on everyone they help. A brother who dies in service to others is more than a hero. To those he saved, he becomes their guardian angel! To the sibling he left behind, he's forever an inspiration. 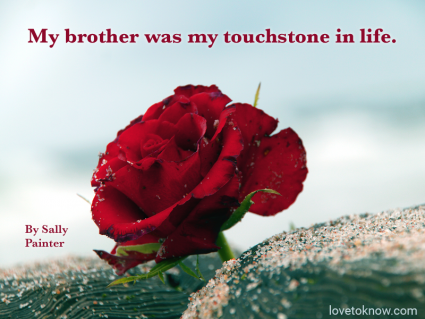 Loving Quotes About Your Connection to Your Brother

When you had a loving relationship with your brother, a quote expressing that profound connection is a wonderful to honor and remember him. You may decide to use a quote as your daily mantra to honor your deceased brother. 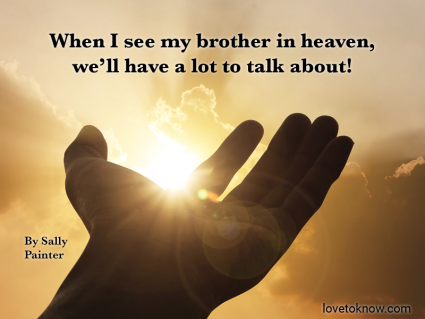 Relating to Death of a Brother Quotes

When you read original quotes about the death of a brother, you may identify with many of them. You may be inspired to write a few of your own quotes to help you feel closer to your brother.