Traditional Indian burials take significantly more time than typical American funerals. These families don't like to rush the process which can take up to several days to complete. Autopsies are typically frowned upon in most occasions because Native Americans tend to discourage any contact with the deceased's body. Many believe the spirit will leave the body through rituals and ceremonies where family and tribe members must help it on its way. If the body is cut open in an autopsy, the spirit may not properly begin its journey after death.

Pat Janis, the Oglala Sioux Tribe's Burial Assistance Program Director, and medicine man Two Dogs share traditional and modern death rituals among the Sioux tribe in the Rapid City Journal. Generally, the Sioux believe it takes four days after burial for the spirit of the deceased to journey to its next resting place. They believe death is not an end of life, but the beginning of another journey for the spirit.

Traditionally, the Sioux would place the body of the deceased in a tree or on the platform of a scaffold that stood about eight feet above the ground, and the remains stayed there for one year. The body was treated as if it still had life. The person was clothed in his or her best clothing and sewed into an animal skin. This bundle was placed on the scaffold along with the deceased's possessions and food items. After one year the body was buried in the ground.

Today, many Sioux practice both traditional and modern Christian death rituals. This process takes about two days where the family of the deceased holds wakes over both days in a large area. Wherever the wake takes place is also where the funeral takes place since they prefer not to move the body until the actual burial. The family of the deceased feeds everyone in attendance over the course of the two days and at least one family member has to stand by the body at all times. 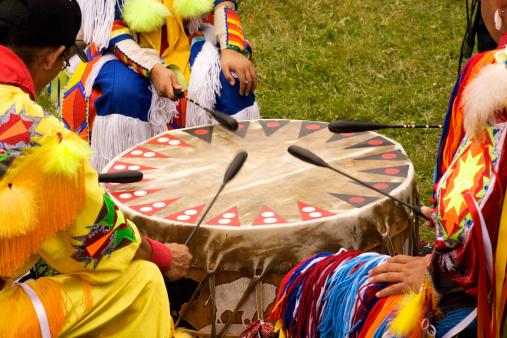 At the funeral, the Christian ceremony is usually performed. Afterward, a medicine man performs a more traditional ceremony with prayers, songs, and a drum group. After each ceremony, friends and family take turns paying their final respects to the deceased by giving him "spiritual foods" called wasna or pemmican to help the spirit on its travels. Gifts for the spirit, such as knives and shawls, are also placed in the casket before burial.

The Chippewa traditionally believe the spirt leaves the body after burial, not just after death, so they prefer immediate burials. They also subscribe to the belief that it takes a spirit four days after burial to reach happiness. This belief drives their ritual because family members see it as their duty to help the spirit move on as quickly as possible. 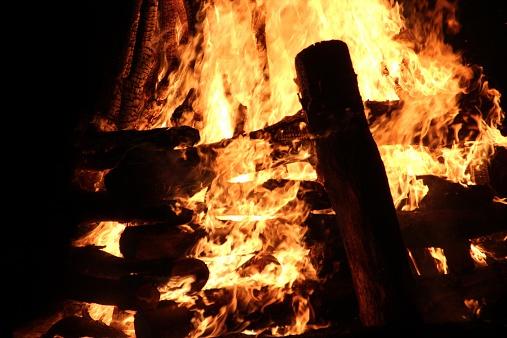 Fires to Guide the Spirit

A pow-wow is held at the deceased's home the night after the burial. Before dark, one person lights a fire at the head of the grave, and this fire is lit every night for four nights to help guide the spirit.

Feasting and Disposing of Possessions

At the end of the fourth day after burial, a medicine man presides over a feast and is responsible for giving away all the deceased's belongings. Each person who receives an item must give a new piece of clothing in return. All these new clothes are wrapped in a bundle and given, along with a dish, to the closest living relative. This person then hands out each article of new clothing to someone he or she finds worthy.

The deceased's loved one keeps the dish and carries it for one year to every meal he or she attends. It is filled with food to honor the deceased.

According to Toby Blackstar, a Native American funeral director, the Kiowa believe in-ground burial is the only acceptable way to release a body after death. They believe the Creator birthed the body from the earth, so it must return to the earth through decomposition.

For the Ponca Tribe, there is a fear of the deceased which drives their death rituals. They are afraid the dead will resent them and his ghost will haunt anyone with his possessions. So, the tribe burns all the deceased's possessions, even if they are valuable. Any remaining family members who shared a house with the deceased person then move into a new house.

The Navajo also believe a spirit will come back if it is not buried in the correct manner. They don't necessarily fear the return of the spirit for their own safety, but more because they want the spirit to go on. Due to this belief, the Navajo value dying outside the house so the spirit can't linger in the home.

Once a person dies, the body must go through a traditional cleansing ritual as soon as possible. Two nude men covered in ash cleanse the body. Afterward, three family members wrap the body, load it on a new horse, and lead it as far north as they can. The family members then bury the body and conceal the grave. The horse is killed and buried too so it can help the spirit move on. 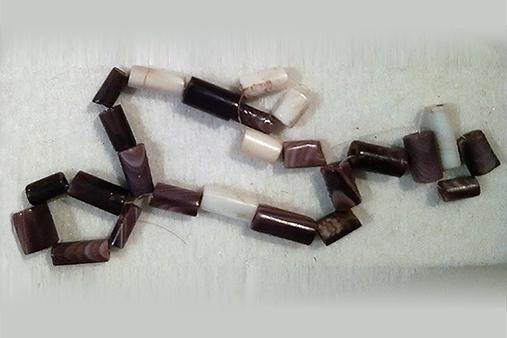 As a general practice, these tribes buried their dead in graves and traditionally took a more vengeful approach to death. Decades ago, they practiced revenge through torture of the person responsible for a loved one's death, but these practices evolved into required payments of money rather than life. Taking a man's life cost ten strings of wampum and taking a woman's life cost twenty because she was valued for her ability to have children.

If a loved one was killed by a person from another tribe, the matriarch of that person's family could ask tribal warriors to take a prisoner from the tribe of the murderer. These mourning wars often involved a planned raid on another tribal village for that sole purpose.

Once captured, the matriarch would choose whether the prisoner was adopted into her family or tortured based on her level of grief. If torture was chosen, all village members had to take part as a signal of ending the person's old life. The Iroquois valued strength in numbers, so the tortured prisoner would often get adopted into the tribe as a replacement for the person they lost.

At some point in history, these mourning war practices were replaced by the Condolence Ceremony, particularly for clan and tribal chiefs. During this ceremony, members of several tribes would come together to mourn the loss as a nation rather than just the deceased's family mourning a family member on their own.

These sacred ceremonies have not been well documented because they are deeply personal to Iroquois tradition. What is known is that leaders of another tribe were charged with conducting the ceremonies which included recitations of actions individuals could take to grieve the loss and comforting words. A string of wampum is presented by all the nations as one for each specific recitation, which could vary by tribe and circumstance.

One modern practice by the Oneida Nation is the Community Death Feast. These annual feasts are held once each spring and once each fall to honor those who have died. Each person in the community brings a traditional food like corn mush, wild berries, wild rice, or venison to share with the whole group. One plate is filled with some of each shared dish and placed in a private are just before sunrise as a token for the dead.

While modern Native American death rituals today may look very different from those practiced hundreds of years ago, there are often some elements of the traditional beliefs still included in their practices. Many of these rituals and beliefs aren't well documented and are considered sacred, so they remain shrouded in mystery to outsiders as Native Americans continue to honor their dead.