If you have lost a loved one to suicide, you may wonder why do people commit suicide. When an individual passes away due to suicide, the reasoning why is often complex and a combination of several factors.

Why Do People Commit Suicide?

Although it is commonplace to use the term "commit" when it comes to describing a death by suicide, it is best to use the phrasing death by suicide or attempted suicide instead. The word commit is often associated with breaking the law and engaging in criminal behavior, which can further stigmatize those who are struggling with suicidal thoughts, as well as the survivors of those who have passed away by suicide. Although it can be helpful for those left behind to understand the reasons why their loved one died by suicide, often times the answer is incredibly complex and not due to one singular reason.

It is also important to note that certain medications that are prescribed to those with the above mental health disorders can increase the risk of suicide or suicidal thoughts. For example, an individual who has been diagnosed with major depressive disorder may be prescribed an anti-depressant, such as an SSRI, by their doctor or psychiatrist. If they have a history of suicidal thoughts, and/or attempts, their prescribing physician will need to monitor their suicidality closely as certain age groups and medications can lead to an increased risk of suicide attempts or deaths by suicide.

Trauma can look like one big experience that forever changes an individual, or a more pervasive pattern that the individual may not even realize is occurring. While trauma alone is not the direct link to suicide, it can significantly impact one's risk for self harm and attempts. Some examples of trauma's connection to suicide attempts and deaths by suicide:

While trauma itself is not the reason why someone may attempt or pass away due to suicide, it is a huge risk factor as one or multiple traumatic experiences can lead to incredibly uncomfortable, painful, and unbearable mental health disorders. Coupled with other high risk factors (social isolation, poor coping skills, pervasive traumatic experiences, comorbid mental health disorders, etc.) one's risk of suicidality can increase significantly.

An accidental death by suicide occurs when someone is not planning on attempting suicide, but passes away unintentionally. Examples of this include:

Individuals with chronic pain and/or a terminal illness commonly experience a comorbid depression diagnosis. Chronic pain and terminal illnesses can significantly impact one's quality of life and lead to feelings of despair and hopelessness. Suicidal thoughts or plans may serve as a means to attempt to control a situation and end the excruciating pain that is being experienced. 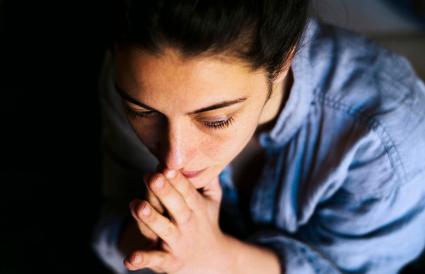 Suicide Related to Drug and/or Alcohol Use

Alcohol and drug use is associated with a higher risk for suicide attempts and death by suicide for both teenagers and adults. It's important to keep in mind that individuals chronically use drugs and/or alcohol for various reasons, but often times it is used to temporarily alter unpleasant or painful internal or external situations. Those with drug and/or alcohol use disorder also have a high incidence of comorbidity with major depressive disorder, PTSD, panic disorder, bipolar disorder, and anxiety disorders.

Warning Signs to Look Out For

Warning signs to look out for include:

If you have provided support to a friend or loved one experiencing suicidal thoughts, be sure to take care of yourself. Remember, you are not their therapist and cannot be responsible for their behavior. While you can be supportive, it's important that they begin to work with someone who can assist them in processing the core issues that are leading to their suicidal thoughts.

Why Do People Kill Themselves?

There is no cut-and-dried reason why someone passes away due to suicide. Often times, someone attempts or completes a suicide because of many complex factors that feed off of each other. If your friend or loved one passed away due to suicide, be sure to take care of yourself and seek out support (therapist and/or support group) so you can process this painful experience in healthy ways.

0
Comments
© 2006-2020 LoveToKnow, Corp., except where otherwise noted. All Rights Reserved.
Resources, Advice & Tips for Covid-19
Read More
Why Do People Commit Suicide? Reasons Behind the Pain