A discussion about suicide often raises difficult, personal, and painful issues. A suicide acts to purposefully end one's own life. Many look to faith and wonder, "What does the Bible say about suicide?" They seek answers either to sooth their own depression or understand what happened to a loved one who ended a life. While the Bible does not use the word and may seem silent, delving into what the Bible says can provide comfort and assurance for those who are struggling to find a proper perspective on the subject.

The Bible does not use the word suicide, though it tells the story of some who committed suicide. The Scripture speaks often about the value of life. Some consider the final act by Samson (Judges 16:26-31) to be an act of suicide as he pushed the pillars down upon himself and the Philistines, but martyrdom in a faithful act is not often considered a suicide. There are six other examples which provide a better perspective.

Abimalech, king of Shechem, murdered those who chose to challenge and resist him. As he attempted to take over the town of Thebez, the people there fought back. In the battle, a woman struck Abimalech on the head with a stone. The king asked his armor-bearer to kill him with a sword so people would not be able to say he was killed by a woman.

The prophet Samuel anointed Saul as the first King of Israel. He threw himself on a sword following the death of his sons during a losing battle with the Philistines. Saul had been hit by an arrow and was fearful of what would happen should the enemy capture him. He pleaded with his armor-bearer to fulfill his duty and kill him, but the servant hesitated. Instead, Saul ended his own life.

Following the intense moments above, the armor-bearer fulfilled his duties as the king's battle assistant and ended his own life because of the defeat of his leader.

When David was the king of Israel, one of his counselors was a man named Ahithophel. David's oldest son, Absalom, attempted to overthrow his father and gain the throne and kingdom. Ahithophel left David's side to support Absalom. The rebellion was thwarted, resulting in a tragic end for Absalom. Ahithophel commited suicide, possibly from guilt and fear of punishment from David. The story unfolds in both 2 Samuel 16 and 17.

Zimri is the last suicide recorded in the Old Testament. Zimri was a king of Israel. He had murdered the previous king in order to gain the throne. Apparently, Zimri reigned only one week before an attempt was made to overthrow his kingdom. Zimri feared a military defeat. In an act which he seemed to understand paid for the sins he had committed, he set his palace and himself on fire.

The death of Judas Iscariot, one of the twelve disciples, is the only suicide mentioned in the New Testament. Overcome with guilt after his betrayal of Jesus, Judas changed his mind and threw the money he had received for the betrayal back on the table of the priests and elders. The Scripture records that afterwards Judas went out and hung himself. It is impossible to make conclusions about motives, but the prevalent understanding of Jewish Law at the time would have been to repay an "eye for an eye" when someone had been wronged. Judas may have been making such a payment for unjustly taking the life of an innocent man. 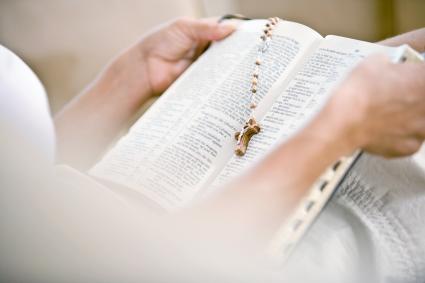 The Bible presents accounts of individuals who thought about taking their own lives. Most were troubled by their current circumstances and considered the relief of ending the problems and pain by ending their own life. While the Scriptures does not detail if an actual attempt was made, the seriousness of the circumstances offer implications. Ultimately, these individuals decided to choose life.

The Bible makes positive statements about the value that it places upon a human life. From Genesis to Revelation, the writers affirm the importance of life to God.

Is It a Sin to Die by Suicide?

Although the question is both fair and reasonable, it sidesteps the reason most people ask, "Is suicide a sin?" People raise the question because they have either suffered loss or barely have avoided the tragedy. Besides wrestling with deeply spiritual questions, do everything possible to heal the grief and pain that your family and friends are experiencing. Theologically, there are three issues to consider.

What Is a Sin?

Most Biblical scholars agree that a sin is an act that offends a holy, sinless God. In essence, God has required two things of everyone. They are to love God with a reverence and respect that places Him above all others, and they are to love and treat other people in the way they would love themselves (Mark 12:29-31). A sin can be a specific act, and several are mentioned in the Bible (1 Corinthians 6:9-10; Ephesians 5:3-6; Galatians 5:19-21)). Some attitudes and thinking patterns which can lead to action also constitute a sin. Suicide is both a specific act and pattern of thought. However, suicide is never mentioned by name in the Bible.

Is Suicide a Sin?

The issue of suicide poses difficult problems in theology. Through the centuries, intelligent biblical scholars and faithful believers have developed very different opinions. Though most agree suicide is a sin because it takes a human life, there is disagreement about the implications and consequences of the sin.

Is Suicide an Unforgiveable Sin?

Though some would argue concerning technicalities, sins find forgiveness through faith in the atoning sacrifice of Jesus. Repentance and confession of sin are a normal part of the process. Exceptions do not negate the rule; rather they strengthen their impact, reinforcing the grace behind the Law. Only God knows if an act of sin is unforgiveable.

What people usually mean when "Christian suicide" is mentioned is "Can a Christian commit suicide?" Theologians have been divided over the centuries regarding the answer to that question. One of Christianity's most controversial doctrines involves whether a believer will go to heaven if they take their own life.

The Roman Catholic Church makes a distinction between a mortal sin a venial sin. Venial sins are serious, but do not separate us from God's grace as a mortal sin does. The Catholic Catechism holds several statements regarding suicide and mortal sins. While Catholics used to assume suicide was an forgivable sin, teaching today leans toward a more compassionate interpretation. Several principles provide important understanding.

Many Protestant denominations operate with the assumption that it is impossible for a true Christian to lose salvation. Therefore, even desperate acts of frustration and confusion would be covered by the atonement offered through Jesus' sacrifice. The position that several theologians take is to instead wonder if the person were a true believer. Such speculation provides no concrete answers or comfort.

Suicide is an offense against God. It violates the value placed upon life, and it breaks one of the Ten Commandments given by God. But if committed believers like Moses, Job, or David contemplated suicide, it is clear that the thoughts of a possible suicide can touch the faithful. Dogmatically arguing the unforgiveable nature of suicide violates Scriptural context and logical reasoning. God's Word clearly states that "neither death nor life" will separate us from the love of God in Christ (Romans 8:38-39). Beliefs about suicide should reflect compassion for those left behind and grace toward the victim. No one is in a position to be either judgmental or critical. 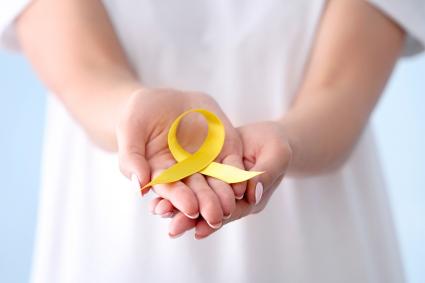 Though several religions disagree, Christianity does not teach that martyrdom, giving one's life in the service of their faith, automatically assures entrance into heaven. The Bible implies that there are times when a believer may have to give their lives in service for Christ and His kingdom. Although these instances are mentioned, such martyrdom is not generally considered a suicide.

The subject of suicide and its consequences stir different perspectives and require difficult applications. What the Bible teaches about suicide leaves a great deal to interpretation, but the conclusions should always be sprinkled with respect and grace. Careful thought must be given before strong statements are offered when something is not explicitly covered in Scripture. The Bible contains much clearer instruction about how one should live than how one should die.

0
Comments
© 2006-2020 LoveToKnow, Corp., except where otherwise noted. All Rights Reserved.
Resources, Advice & Tips for Covid-19
Read More
What Does the Bible Say About Suicide? Key Perspectives