Death and dying have always been topics of interest to human beings. This is a process everyone will eventually go through and may also be something that you have witnessed your loved ones experiencing. Movies that capture what death and dying is like can be entertaining, provide helpful information, and allow some to move through their grief with a renewed perspective.

Movies About the Loss of a Parent or Sibling

Movies that portray the loss of a parent or sibling can be incredibly moving, and at times difficult to watch. While there have been a lot of great movies created that touch upon this, a few have stood out and have made a lasting impression on viewers.

Manchester by the Sea

Manchester by the Sea won numerous awards, including Best Lead Actor and Best Original Screenplay, and can be watched on Netflix or Amazon Prime. This complicated movie focuses on Lee Chandler, who is grappling not only with the loss of his children due to an accident, but later on with his brother who has passed away from a heart attack. This movie examines the intricate familial relationships surrounding Lee, his ever changing relationship with himself, and his ability to heal after these tremendous losses.

We Bought a Zoo

We Bought a Zoo can be watched on numerous platforms including iTunes, was nominated for numerous awards, and won a Film Music Award. This movie takes the audience along for an interesting ride as we watch a father and his two children try to move forward after losing his wife and their mother. The three of them end up buying and moving to a property with a wildlife reserve on it, which they fix up and re-open. This process helps them begin to heal after their tremendous loss. 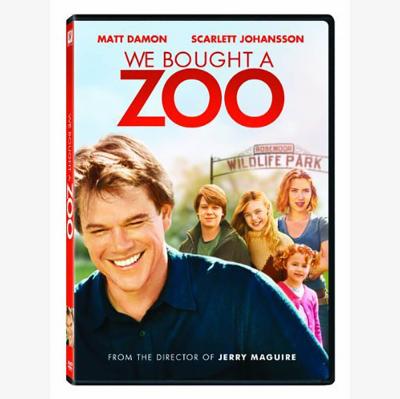 We Bought a Zoo

Harry Potter won 17 awards and 68 nominations and has been one of those movies that has stood the test of time. Told from a limited narrator's point of view, as well as Harry's perspective, this movie focuses on the young boy's life after his two parents die from unusual causes. This movie explores how the main character processes his feelings around his parents' deaths, as well as his drive to seek answers regarding his mystical heritage which allows him to connect in some way with his deceased parents.

Movies About the Loss of a Child

Movies about losing a child and the after effects can be highly emotionally charged movies. If done well, they can paint a poignant picture of what this type of loss may mean to some who are trying to cope.

We Need to Talk About Kevin

We Need to Talk About Kevin is a heart-wrenching psychological thriller that won 26 awards and had 65 nominations. In this film, a mother copes with an incredibly strained relationship with her son, Kevin, who she continues to have difficulty bonding with. This tension between her and Kevin is written off by her husband as something in her head. The movie is a series of flashbacks detailing Kevin killing not only several school children, but the family pet, and eventually his father and sister. This movie examines the complicated relationship between mother and son, and the grieving process when the murderer of your loved ones is your child.

The Fault in Our Stars

The Fault in Our Stars examines how a terminal cancer diagnosis impacts a family. Hazel, a 16-year-old, is diagnosed with terminal cancer and begins going to a support group where she falls in love with Gus, another individual who is diagnosed with cancer. Through their mutual love of literature, they embark on a journey to better understand themselves and the world. While Hazel begins falling in love, her mother and father are in the process of trying to cope with their child's diagnosis. This film is beautifully done and captures the complexity of what it's like to have a child with a terminal diagnosis.

Mystic River follows a grieving father who is grappling with the loss of his daughter. Not leaving anything up to the cops, he conducts his own investigation and reunites with some old friends in the process whose past entanglements further complicate the investigation. This movie won 57 awards and has 142 nominations. 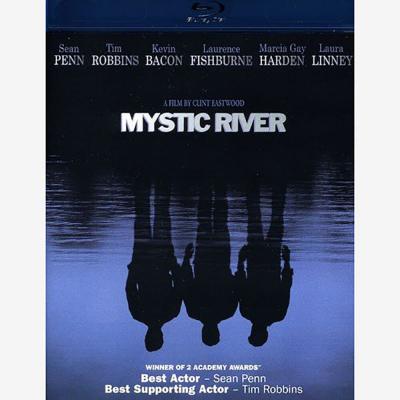 Movies About a Spouse Passing Away

Spousal loss, or the loss of a significant other, movies that capture the essence of what it may be like to lose the person you've chosen to be with can be heartbreaking and beautiful all at the same time.

What Dreams May Come

What Dreams May Come focuses on a deceased partner's journey through hell to rescue his wife who committed suicide after his passing. The viewer gets a glimpse into how painful the loss of a partner may feel like and why, for some, it can become unbearable. This film won seven awards, including an Oscar, and had two nominations.

Truly Madly Deeply is a film about a woman grappling with the loss of her boyfriend. In this film the viewer watches as Nina attempts to move on, but feels pulled back by the presence of her departed love. The ghost of her boyfriend appears and they interact throughout the film as his spirit tries to remind Nina that their relationship wasn't perfect. This film won 17 awards and had seven nominations and is a look at what the grieving process may feel like for some who have lost a partner.

Movies About Death Due to an Illness

Movies written about certain terminal illnesses may be somewhat cathartic to watch if you or a loved one has experienced similar circumstances. Even if you just have an interest in this genre, these movies tend to evoke the fleetingness of life and the importance of treasuring the present moment.

The Bucket List focuses on two strangers, both with terminal illnesses, who aim to enjoy the last moments of life they have by doing things they wish they had done earlier on. As they grow closer, the passing of one of them is explored as the viewer gets a glimpse into how this loss impacts everyone around him. This bittersweet movie explores a beautiful and random friendship that blossoms in a hospital room and ends up forever changing their lives.

Dallas Buyers Club won 85 awards, including an Oscar and Golden Globe. This movie shares the tale of Ron, an HIV positive electrician and cowboy who tries to overcome his diagnosis by seeking out medication that hasn't been FDA approved yet. Although the medication prolongs his life, he ends up passing away towards the end of the film. 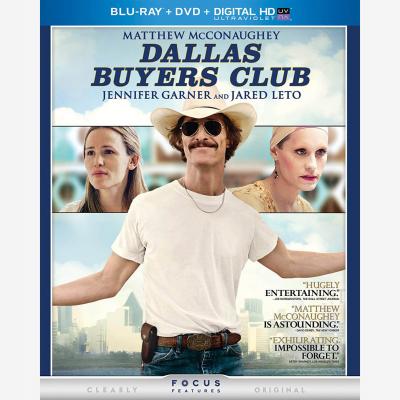 Movies about murder have become incredibly popular. While many rely on intense gore, the following movies portray a complex depiction of murder related deaths.

The Lovely Bones explores the story of a young girl, Susie, who is brutally murdered. Instead of focusing on the living characters, this film shares the story from the deceased girl's perspective in heaven, which creates a unique narrative. This heartbreaking movie examines the tension Susie feels in letting her family grieve and heal versus pushing them towards discovering her murderer. 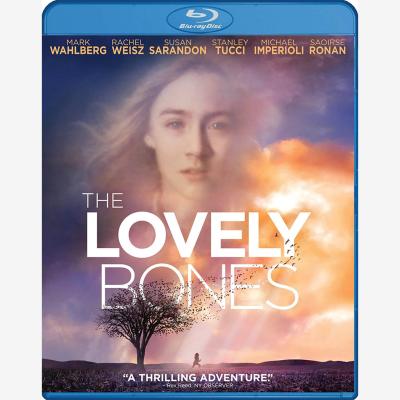 This classic Hitchcock film is renowned for the shower scene, which continues to send chills down viewers's spines. In this movie, the viewer is introduced to Norman Bates, a complex character who runs a motel and has an incredibly unhealthy relationship with his mother, who the viewer later learns to have been killed years earlier.

Movies About Dying Due to an Accident

One of the most heartbreaking losses for some may be losing a loved one in an unexpected and seemingly random way. Some movies manage to capture this intense type of loss beautifully.

The Ice Storm focuses on two dysfunctional families, the Hoods and the Carvers. The movie culminates with the accidental death of Mikey Carver, who is electrocuted during an ice storm. His passing brings together these two estranged couples who had a previous falling out. This movie won several awards including Best Screenplay at Cannes.

After the accidental passing of her partner, a single mother and her son grapple with the intense pangs of grief that manifest in the form of a monster. Although noted as a horror film, this movie explores grief and loss from a unique perspective. The Babadook won 56 awards and was nominated 63 times. 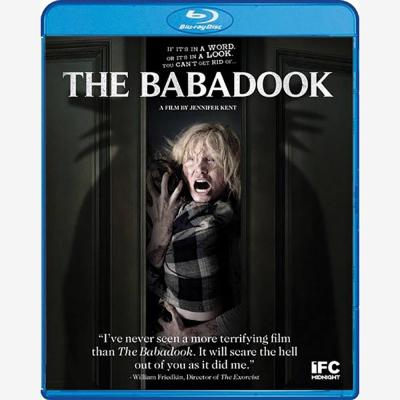 Movies About Death for Children

Movies can help children better understand the topics of death and dying. Be sure to check the rating to make sure the movie is age appropriate and be prepared to answer your little one's potential questions later on.

Up explores two types of death, a miscarriage and the loss of a partner. This heartwarming film follows Carl, the surviving spouse, as well as a young child named Russel, on a journey to tie up loose ends and make Ellie's (Carl's wife) dreams a reality. This film encourages the notion of remembering the special times shared with a deceased loved one. 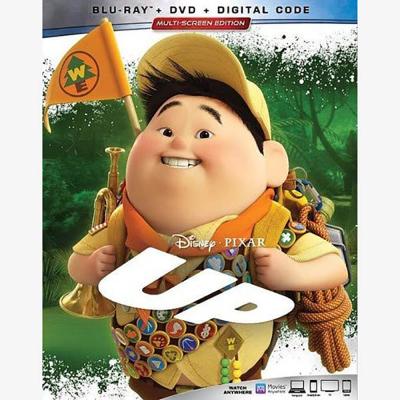 The Book of Life

The Book of Life explores celebrating the life of the ones who have passed away and does so in a way that's gentle and palatable for young children. In this movie, Manolo travels on an epic adventure to the land of the remembered and tries to understand the meaning of life and death, all while grappling with his feelings for a loved one he left behind. This film won three awards including a Golden Globe and had 29 nominations.

Hugo follows the story of an orphaned young boy who lives in a train station. In the film Hugo begins to uncover a mystery left to him by his father, but becomes increasingly aware of his alone-ness. This film explores grief through a child's eyes and celebrates remaining connected to those you have lost. The film ends happily with a key character taking Hugo in and making him part of his family. Hugo won 61 awards and had 190 nominations.

My Dog Skip is a story about a young boy who has difficulty making friends but finds a deep connection to a dog his parents give to him. Through the ups and downs of his childhood Skip, the dog, is there for him, but encounters health issues and ends up passing away later on. This film examines what the loss of a beloved pet may feel like to a young child.

A Monster Calls focuses on Conor's experience with his ill mother and how he begins to cope with losing her while also living with his difficult grandmother. Conor draws an image of a monster to help him process the situation, but then the monster begins showing up outside of his window. The monster, a symbolic figure for healing and grief, is present throughout the film as Conor's guiding force through this incredibly heartbreaking experience. This film won 39 awards and had 59 nominations.

Finding a Great Film About Death and Dying

Whether you are interested in the topic of death and dying, are looking for ways to further process your own grief, or would like to find a movie that helps your child better understand death, there are plenty of great movies available. If you do plan on watching a movie with a little one, be sure to check the rating to ensure that it is appropriate for their age. If you feel triggered or overwhelmed while watching a movie about death or dying, know that it is okay to take a break and consider reaching out to a counselor if you continue to feel intense emotions regarding death that won't seem to go away.