For those that have survived a near-death experience (NDE), some are interested in sharing their story, what they saw or didn't see, and how it impacted their life afterwards. Trying to better understand what comes after life and how this information can impact their daily choices while they are still alive interests many. Near-death experiences have been studied and reported extensively.

Beyond the Light by P.M.H. Atwater chronicles various near-death experiences through interviews with survivors. Bryce, a former media personality from New York shares incredibly compelling memories about reuniting with loved ones who had already passed during his near death experience. Bryce was deathly allergic to pine nuts and began having a severe reaction.

Bryce's Reunion With His Poodle

While being rushed to the hospital he remembers seeing a tunnel filled with light and then hearing a bark. His former pet poodle, Pepe, ran towards him and lept into his arms. Bryce mentions feeling such gratitude and happiness for this reunion. Bryce then sees his stepdad, who he immediately hugs, when he hears a voice that says, "What have you learned, and whom have you helped?" As he thinks about these two questions he can still feel the presence of his beloved Pepe with him. His other former pets appear as well and Bryce feels as if he is ready to pass on and stay in this place with his deceased pets, relatives, and friends.

He sees other deceased relatives and notes that they look healthier and younger than when there were in the dying process. He feels overwhelmed with the feeling that he wants to stay. He finds himself heading back to the tunnel he arrived from and coming to as the doctor was administering medication. The doctor informed him that he had been technically dead for more than 10 minutes. 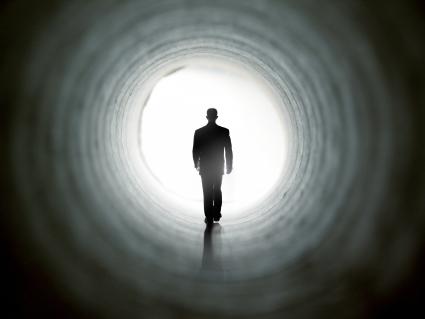 Reddit-er shares his heart-wrenching story of his attempt to commit suicide, his revival, and what the come-to experience was really like for him. This is a true story with a more neutral-to-negative experience rather than some of the more beautiful near-death experiences discussed by others, due to his panicked feelings.

The reddit-er notes that he attempted suicide by hanging himself and was subsequently in a coma for about two weeks. His doctor noted that upon arrival, he had no pulse, but was revived during the ambulance ride. He notes that at first it felt similar to undergoing anesthesia, and then it turned to nothingness. He notes remembering that he regretted jumping, but soon after everything went dark.

Feelings During and After Coma

He writes that it felt like being in a deep sleep and doesn't recall any dreams. When he finally awoke from the coma, it was similar to taking the first big breath you inhale after going too deep into the pool. He notes feeling the same panicked feeling he experienced before jumping off of the table as soon as he woke up.

A former practice manager, Laurie, shares her story about surviving pneumonia and sepsis on Quora. Laurie headed to the hospital where she began treatment for her pneumonia, sepsis, and high fever. She noted how exhausted and weak she felt and really only wanted to get some sleep. The first night she was there, she awoke with difficulty breathing, and wondered if she was on the brink of dying. She said a prayer and gave in to the struggle to take in oxygen.

Angels and a Bridge to Cross

Then everything was gone, no light, nothing. She felt herself leave her body and walk through the hospital room. She felt angels beside her as she left the living world. She notes seeing a bridge with a large wall on the other side of it. The walls were golden with beautiful gems and diamonds making up the mortar holding it all together.

She notes feeling the urge to cross the bridge, but someone wouldn't allow her to make it all the way across. She said she felt washed over with love and comfort, and at last didn't feel the pangs of being ill. Within an instant, she recalls being "dropped back" into her own body surrounded by her treating medical staff. The experience removed any fear of passing away for her.

The Fascination With Near-Death Experiences

Near-death experiences offer others a glimpse into what may happen after one passes away. One of the biggest fears many people grapple with is whether death is painful and what existence or non-existences looks like after you've died. Although there is still a lot to learn, near death experience stories contribute to the increased understanding around death and the dying process.