Friends and family members often gather together after a loved one's funeral for an event for a repast, which is basically a reception. This type of event is a common - but not required - post-funeral tradition.

A funeral repast provides an opportunity for people who are grieving the loss of a loved one to join one another after the formal funeral service is over. This tradition is a forum for celebrating and honoring the life of the person who has died, while also allowing those who are grieving the comfort of one another's company. Repasts can be held in a variety of settings. For example: 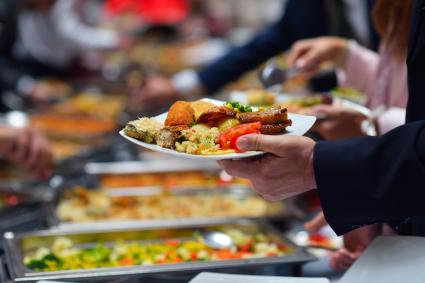 These, of course, are not the only options for where to hold a repast. Any convenient location that is large enough for the event will work. Families sometimes opt for a location that was particularly meaningful to the person who died. For example, if the departed individual was an avid golfer, the clubhouse at his or her favorite golf course could be an appropriate location for a repast.

How Repasts Are Announced

Since repasts do not always accompany funerals, mourners should not automatically assume that there will be a gathering once the service is over. If a repast that is open to all funeral-goers will be held, it will generally be announced from the podium. If an open repast will be held, the officiant will typically state that attendees are welcome to join the family immediately following the service and give the address. If such an announcement isn't made, that either means that there won't be a repast or that it will be an intimate gathering limited to immediate family and the closest of friends. 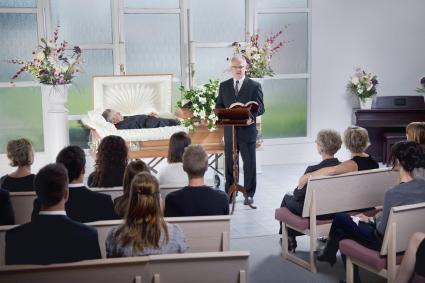 There is no right or wrong answer to the question of whether or not a funeral repast should be held; it's certainly not a mandatory part of after-funeral etiquette. It's always important to respect the wishes of those closest to the person who has died. Not everyone grieves in the same way. Some families want to mingle with others via a repast while others will take a more private approach to mourning. Even if a repast is held, consider sending a condolence or sympathy letter to the immediate family in the days following the funeral.

Comments
© 2006-2021 LoveToKnow, Corp., except where otherwise noted. All Rights Reserved.
What Is a Repast After a Funeral? Tradition & Etiquette