No matter what the job, there are some people who are more gifted, whose personalities align more closely with the requirements, which allow a more efficient and effective action to be performed. Believe it or not, even mourning is one of those activities. There are some people who are more capable of expressing grief and sorrow than others. In many parts of the world, including places in the United States, professional mourners are employed.

The practice of professional mourning travels back to ancient times in Egypt, China, and the Middle East. There were often strict requirements toward the look and character of the mourner. Throughout history, having the ability to hire professional mourner, having lots of people attend a funeral, and even having the financial status to pay people to attend, spoke highly of the family and its place in society.

In ancient Egypt, there were strict requirements to be a professional mourner. The role was only available to women, for it was not acceptable to see a man to weep in public. They must not have any body hair, nor could they have children. The women must have the names of several goddesses tattooed on their shoulders. The women would then be expected to pray to the listed goddesses during the services.

Hebrews in the Bible

Professional mourning is mentioned on several occasions in both the Old and New Testaments. Many topical references point to over twenty verses that specifically mention professional groups that mourned. In addition, there were laws dictating behavior while mourning, times and occasions upon which memorial or wake atmospheres prevailed, as well as instructions for how to find blessing and comfort during the time of mourning.

The Chinese funeral consists of full traditions that date back thousands of years. During most funeral processions, the equivalent of a performance at a theater would take place. A funeral in China features music, dancing, and scripted ritual. The stoic nature of the Chinese often makes displaying emotions in public an unacceptable behavior. Crying in public challenges most, so families hire professionals to come in and properly mourn. 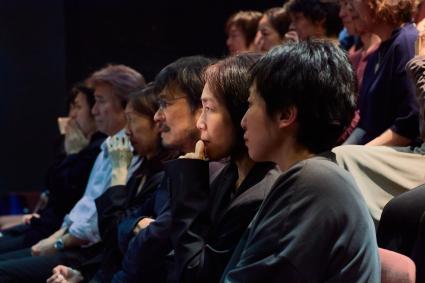 One might wonder about the job description and salary potential for a professional mourner. Being a moirologist is not a full-time job. Talented and industrious individuals may be able to keep pretty busy, but the skill is not needed throughout the world. Pay right now would range between $30 and $120 per funeral. The top-end range of payment has been known to reach $500 in other countries. With a service in most cultures lasting about two to three hours, it might be plausible to attend 2 funerals during the same day. Here are some personal characteristics that would be necessary for the job.

Though professional mourners are not commonplace, their presence reinforces the truth that many do not know how to express their grief. The number of people who attend a funeral and the ability to have enough wealth to hire people to mourn is a sign of social status. While there is no "right" way to mourn, there are some people who are able to express their emotions more easily.

Comments
© 2006-2021 LoveToKnow, Corp., except where otherwise noted. All Rights Reserved.
Professional Mourners Today and in History