There are a number of traditions which are meant to express respect and honor when a loved one passes away. The imagery to pour one out has been referenced in many forms of media. The rich symbolism finds its history extending to biblical times. Understanding the development of the act strengthens its significance today.

What the Phrase "Pour One Out" Means

The tradition to pour one out refers to the act of pouring a liquid, usually alcohol, on the ground as a symbol of reverence for a friend or relative who has passed away. While the display brings to mind the life of the individual that was poured out, the gesture is actually to represent the sip that the friend would have taken had they still be alive. In many cases, a 40 ounce bottle of liquor is used in the act. The number forty carries religious significance in several religions.

The Jewish tradition found in the Old Testament begins to put a foundation to the tradition, though not necessarily for the dead. In the first book of the Bible, "Jacob set up a stone pillar at the place where God had talked with him, and he poured out a drink offering on it; he also poured oil on it" (Genesis 35:14 NIV). The act of pouring the liquid was considered an act of reverence.

Another old tradition goes back to Ancient Egypt and pouring out the liquid was known as "making a libation." Offering this liquid for the death usually involved water, representing their source of life, the Nile River. On some occasions the Egyptians used other liquids, including a milk and honey mixture, wine and other types of alcohol. They would pour a little of the liquid on the ground, then drink the rest. 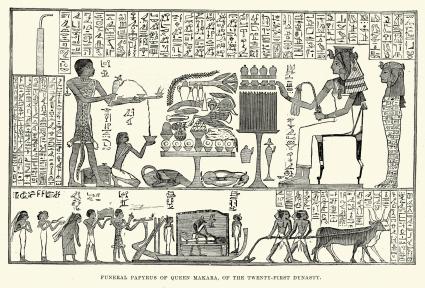 Traditions and rituals were a strong part of life in Ancient Greece. Libations in Greece almost always involved alcohol. The Greek culture was rich with wine. The Greeks had two strong traditions with the libation. The entire container of the liquid was poured out honoring gods, heroes and the dead. Some rituals only used a portion of the liquid to honor the gods. Ancient Rome adopted many of the Greek traditions.

Use of Pour One Out in Today's Culture

Although there is a strong heritage for the tradition, the act itself is simple. Like most rituals to honor the deceased, there is an element of making the tradition personal. The act is like a toast - brief and to the point. Several steps can make the moments meaningful.

Pour One Out for the Homies

For the past few decades, the act of "pouring one out" has resurfaced through several outlets. Adding the phrase "for the homies" evolved as the tradition became active in today's culture and lifestyles. The film Boyz in the Hood featured a character pouring some malt liquor on the ground to honor the friends who had died. The phrase was used in the movie Austin Power: The Spy Who Shagged Me. It has been used in urban music, hip-hop, and rap. Several stand-up comedy routines use it as a reference point.

0
Comments
© 2006-2021 LoveToKnow, Corp., except where otherwise noted. All Rights Reserved.
Resources, Advice & Tips for Covid-19
Read More
Pour One Out: An Overview of the Grieving Ritual