Death is a stern reminder that the current life on earth will come to an end. One of religion's functions is to provide answers to the question of what happens after death. What do Christians believe about the afterlife? Are there doctrines that most Christian denominations share?

The Bible: The Christian Source for Doctrine

Christians believe to one degree or another that the Bible represents the word of God given to people. Although different denominations may vary their interpretations of the meaning and chronology of biblical events, in general Christians believe that death is a punishment for sin. Their strong tenent remains that the resurrection of Jesus Christ paves the way for those who believe in Him to go to heaven after they die.

What Do Christians Believe About the Afterlife?

The teaching of life beyond death is threaded throughout the pages of the Bible. Although denominations differ in their interpretation of certain passages, there are several key truths that almost all Christian denominations hold in common.

Since the time of Adam and Eve, and in less than a handful of exceptions, everyone faces death (1 Corinthians 15:22; Romans 5:12). The Hebrew writer pens, "And just as it is appointed for man to die once, and after that comes judgment" (Hebrews 9:27 ESV). Paul tells the Romans that everyone has sinned (Romans 3:23), and that the wages of sin is death (Romans 6:23).

Biblical Pictures of Death Imply Something Beyond

Again, the Hebrew passage speaks of death, "and after that comes judgment" (Hebrews 9:27). Solomon writes in Ecclesiastes that the body returns to the dust of the earth, but the "spirit returns to God" (Ecclesiastes 12:7). Many places in the Bible compares death to sleep (Job 3:11-17; John 11:11-14, 1 Thessalonians 4:13-14; Matthew 27:52; 1 Corinthians 15:6; etc.). Daniel speaks even more clearly saying that while all who are dead "sleep," "some will awaken to everlasting life, others to shame and everlasting contempt" (Daniel 12:2). 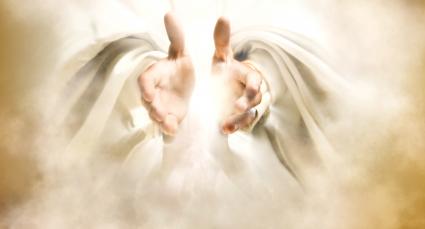 The Future Holds a Judgment.

Paul echoes in agreement of the Hebrew writer's sense for an impending judgment. Paul tells Timothy that Jesus "will someday judge the living and the dead when He returns" (2 Timothy 4:1). Paul implies there is an appointed time for judgment and the Lord's return when he writes to the Corinthians (1 Corinthians 4:5; 2 Corinthians 5:10) and gives a sermon to the Athenians (Acts 17:31). Peter teaches the same concept (2 Peter 2:4; 2 Peter 3:7). The Gospel writers clearly teach that the way to avoid punishment at judgment is through faith in Jesus (John 3:16; John 5:24; John 11:25).

After Judgment, the Faithful Receive Heaven

Jesus told His disciples that He was going to prepare a place for them in heaven (John 14:1-3). In speaking to Martha following the death of her brother Lazarus, Jesus assured her that the one who believes in Him will live even though they die. Martha affirmed she believed that her brother would rise again in the last day, a euphemism for the final judgment (John 11:21-26). The reward of heaven had been planned by God since the beginning of time (Matthew 25:34).

The Final Home for the Wicked Is Eternal Punishment

Christians believe that those who do not accept Jesus as their Lord and Savior are cast away from God following judgment. Job calls such a death "the king of all terrors" (Job 18:14). Jesus taught that this eternal punishment is called hell, where "the worms that eat them do not die, and the fire is not quenched" (Mark 9:47-48). In another teaching, Jesus also describes eternal punishment as "eternal fire prepared for the devil and his angels" (Matthew 25:41).

Does Judgment and Eternity Begin at Death?

While Christians all agree on a final judgment and eternity, denominations differ on understanding the chronology of such events. Some denominations teach that when a Christian dies, one is immediately ushered into the presence of Jesus. They understand this teaching based on their interpretations of three passages of Scripture. As Jesus was dying on the cross, He turned to a thief who was hanging near Him and proclaimed, "I tell you the truth, today you will be with me in paradise" (Luke 23:43). The apostle Paul tells the Philippians that "departing and being with Christ" is better than being here on the earth (Philippians 1:23). He tells the Corinthians, "We are confident, I say, and would prefer to be away from the body and at home with the Lord" (2 Corinthians 5:8). 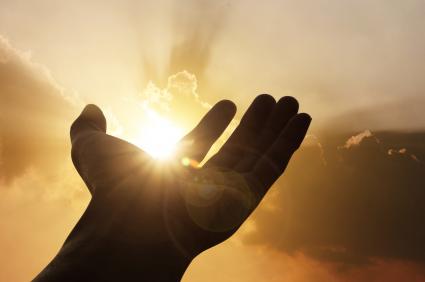 Reunion of the Living and the Dead

Paul pictures a day when Christ will return to usher in the final time before judgment. In the apostle's chronology, the dead in Christ will rise first and appear with Jesus. Such an event will be accompanied by angels and trumpets. He concludes that after the faithful dead are risen, those who are still alive will be caught up in the clouds with them (1 Thessalonians 4:13-17).

From its beginning in the first century, Christianity has wanted the hope generated by the resurrection to affect the behavior of the believer. Paul urged the Thessalonians to be assured in their faith "so they do not grieve as others who have no hope" (1 Thessalonians 4:13). The funeral service should proclaim "an account for the hope that lies within" (1 Peter 3:15). The Christian funeral should not only celebrate life of an individual on earth, but should point toward celebrating the life that will be lived in heaven.

The doctrines of the Bible provide the basis for answering the question, "What do Christians believe about the afterlife?" Although interpretations may differ between denominations, the essential belief that Christians will spend eternity in heaven because of the resurrection of Jesus remains at the heart of the gospel message.

Comments
© 2006-2021 LoveToKnow, Corp., except where otherwise noted. All Rights Reserved.
What Do Christians Believe About the Afterlife?