The mourning colors of various cultures around the world may have a few colors that surprise you. You can quickly find which colors are commonly used in various cultures.

Black as a Mourning Color

The Western world has traditionally viewed black as the appropriate color for a funeral and subsequent mourning period. In the modern western world, black is often worn to a funeral, but widows and others in mourning no longer wear black for a mourning period.

There are exceptions for wearing black during an observed mourning period. These are found in various religious practices or groups of people who practice ancient mourning protocols still observed in their families.

Why Black Is the Color of Mourning

The origin of wearing black as a signifier of mourner dates back to ancient Rome. It was a common practice for ancient Romans to don black togas during the mourning period. The garment was called a toga pulla. It was dark and made from wool.

With the Roman Empire being far reaching, donning black clothing became a tradition that continued well beyond the Renaissance period. In fact, it is documented that after the Saint Bartholomew's Day Massacre in 1572, English Queen Elizabeth 1 and her court received the French Ambassador in full black mourning attire of black caps and veils.

Black Color of Mourning in England During Victorian Period

According to Pitt Rivers Museum, University of Oxford, black clothing was worn during Victorian period (1837 to 1901) for one year after the date of death. Over the course of time, the black garb was replaced in other dark colors signifying a half mourning period. The common colors used were dark green and dark purple. These clothes were distinguished with black trim, so the half mourning was readily recognized. The average mourning period was around two years, although those who were in what was known as deep mourning might choose to wear black for the rest of their lives.

Black Is the Mourning Color of Italy

Like most of Europe, black is the traditional color of mourning in Italy. Having a strong Catholic population, Italy observes the mourning traditions of Catholicism.

Black is still considered a mourning color in the Western world, although it is generally relegated to funeral wear and not long-term mourning attire of the past. Some people observe wearing black colored clothing to funerals, but others wear various subdued colors that were traditionally not considered appropriate funeral colors.

There are other non-Western cultures that have traditions of wearing black as the mourning color. Some of these include the Czech Republic, Russia, Greece, Mexico, Portugal, Slovakia, and Spain. However, the deceased is dressed in white in a Russian funeral to signify purity.

Japan commonly practices wearing black for mourning. This color is seen in mourners dressed in Western clothing as well as traditional kimonos.

In 2016, when Thailand's beloved King Bhumibol Adulyadej died, the country went into mourning for a year and everyone wore black, including shoes. The mourning period created a shortage of black clothing for many retailers. Traditionally, purple is reserved as a mourning color for widows.

In Brazil, the traditional color of black is a mourning color. With a large Catholic population, purple is usually worn with black. Purple is the color of spirituality and represents the suffering and sorrow of Jesus Christ's crucifixion. 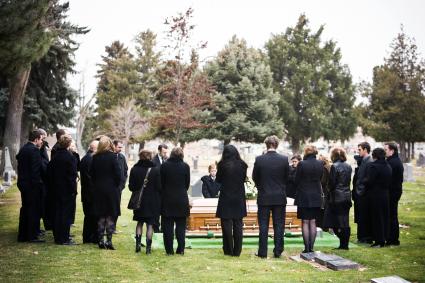 White as a Mourning Color

What Does It Mean to Wear White to a Funeral in China?

In China, white as a mourning color, has long been associated with death and inauspicious chi energy. It is the color worn to funerals. A large population of China are practicing Buddhists, and their funeral practices also recognize white as the color of mourning.

What Does It Mean to Wear White to a Funeral in India?

In India, Hindu religions designate white as a mourning and funeral color. Unlike China, white is considered a color of purification that symbolizes the cycle of death and rebirth. 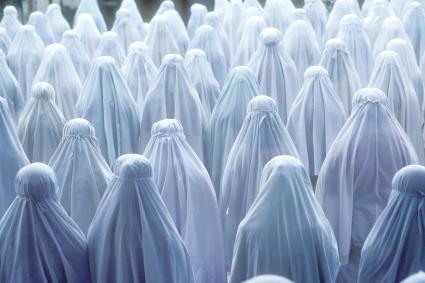 Where there has been bloodshed, the mourning color is often red. South Africa or more appropriately, the Republic of South Africa (RSA), is one such country. Red is the commonly recognized color of mourning ever since the Apartheid era (1948 to 1990s). 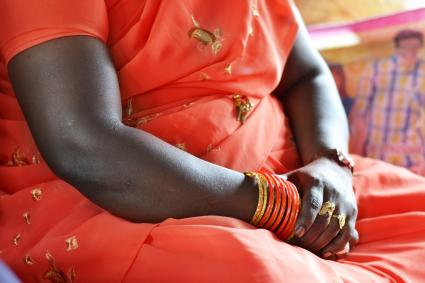 Yellow as the Color of Mourning

According to The Sacred Heart Review, yellow was the mourning color of Burmah and ancient Egypt. Some people speculate this was because of the gold associated with the Egyptian royalty.

Various Colors of Mourning in History

The mourning colors aren't always so specific in the modern world, with the blending of traditions and cultures. However, in 1894, The Sacred Heart Review gave a very clear account of various countries and their respective mourning colors. Of course, since that time, these traditional colors of mourning for many countries have changed. 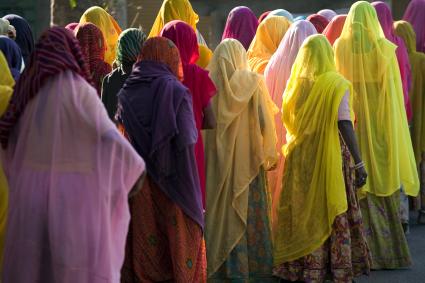 The history of mourning colors in various cultures around the world are sometimes quite different from the modern world. The formality of the past has fallen away for most countries, although some religions still observe mourning colors and traditions.

Comments
© 2006-2021 LoveToKnow, Corp., except where otherwise noted. All Rights Reserved.
Mourning Colors in Cultures From Around the World