A natural death can occur at any age if someone passes away due to a medical condition or disease. Examples of natural causes of death include:

What Does Death by Natural Causes Mean?

A natural death occurs when someone passes away by means other than an accident, suicide, or homicide. Natural deaths will vary in the level of pain depending on the particular illness or ailment.

What Do Most People Die From in the U.S.?

In the United States, the leading causes of death that fall under the natural death category are:

What Is the Most Common Cause of Natural Death Worldwide?

The three leading causes of death throughout the world include heart disease, stroke, and chronic obstructive pulmonary disease. Death statics by cause:

Dying of Natural Causes in Sleep

What Causes Death by Old Age?

Death by old age can be caused by an underlying condition that may be more common in those who are older. Others believe that death by old age refers to an individual who passes away for no reason other than their body has deteriorated over time and eventually ceases to function. 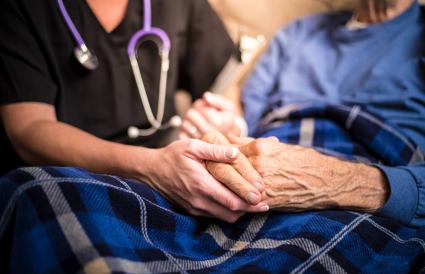 Is it Possible to Die for No Reason?

It is not possible to die for no reason, however individuals can pass away suddenly and unexpectedly. Most commonly, this occurs when someone has a cardiac arrest due to arythmias.

What Are the 5 Manners of Death?

Unnatural causes of death are deaths that occur due to suicide, accident, or homicide. Individuals may pass away from the actual incident or the trauma associated with the incident.

Understanding natural causes of death can give you a better idea as to how many individuals pass away per year due to certain conditions or illnesses. If you are concerned about certain risk factors and/or have a family history of an illness or condition, reach out to your medical provider for more information.