Mystery and speculation surround the understanding of the beliefs and practices of the Masonic Service Association of North America. Known as Freemasonry, the organization is the oldest fraternal group in the world. The core mission its members promotes brotherhood and their work forms a closely-knit family bound by traditions and rituals. The Masonic funeral offers an opportunity for Masons to honor the passing of a member.

A Masonic funeral is a service offered to Masonic members on three levels of participation - the Master Masons, the Fellow Crafts, and the Entered Apprentices. Masonic funerals are unique because of their attention to ritual, their focus, and their exclusive nature. Although Masonic belief and practice has religious wording, its members practice faith independent of their duties as a Mason. A Masonic funeral can honor both the traditions of the religion and the rituals of the Masonry.

So many features contribute to the identity of an individual. While family, work, religion or hobbies define an individual, the rituals of an organization also shape and honor someone's identity. Rituals also offer closure for those mourning the death of a loved one. Following the rituals of a funeral service, allows the deceased another opportunity to define who he is, while affirming it to those left behind in the family and the brotherhood.

Order of the Masonic Funeral Service

The order of the Masonic funeral service is very structured. The Worshipful Master acts as the leader for the ceremony. 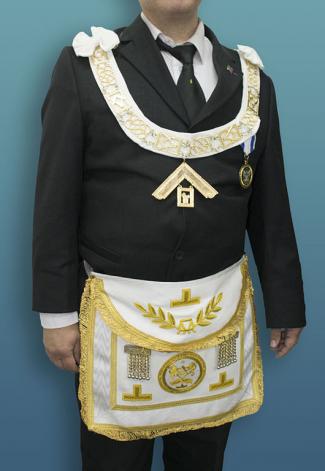 Many of the words spoken at the funeral will sound like passages from the Old Testament of the Bible. Though specific reference is rarely given, the words reflect the traditions of the Lodge and their respect for the authority of Scriptures.

The funeral prayers serve as a major portion of the ceremony of the funeral. The prayers reinforce their beliefs into other members, while honoring the life and service of the departed. Again the prayers reflect the Old English sound of the King James Version of the Bible.

Music for the Masonic funeral often uses music composed by the famous musician Wolfgang Amadeus Mozart. His dedication to the Masonry is not well-known. Many of his funeral pieces were written specifically for Masonic funerals. The style of his music adds to the overall feelings of tradition and history of the event.

The Masonic Funeral can be a little intimidating because so little is known about the Masons and their meetings. The funeral service attempts to proclaim to the world this is a legitimate organization with high standards and impeccable motives. Offering condolences after the service is acceptable. Giving gifts to the family is more appropriate than giving to the Lodge. 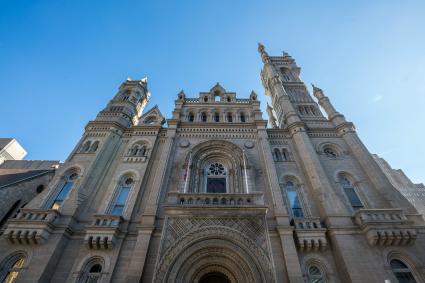 Services Open to the Public

The practices and ceremonies of Freemasonry rarely are made available to the public. Funerals are an exception, allowing family members and friends to honor the deceased. A traditional Masonic funeral will focus on the brotherhood rather than the family. Brothers will be responsible for readings, prayers and last rites as they commend their brother's soul to God.

Non-Masons should wear clothing appropriate for any other funeral service. The clothing should be dark and conservative. Masons will wear formal attire and will wear plain wipe aprons. The apron is a visual image of the work and service of Masons. A large lambskin apron will be used to drape over the casket, much like a flag is used at other funerals.

A Masonic funeral stresses contemplation, tradition, and almost a nostalgic reflection upon a life lived. The funeral will emphasize the good works performed by the Brother. By reflecting upon his life, encouragement, challenge and guidance are given for those attending the service.

Closure for the Family and the Brotherhood

Attending a Masonic funeral service represents a unique and unusual experience for most. The organization attempts to avoid conflict with others, so the understanding and inclusion of all becomes a priority during the service. The ritual and tradition continues to honor and remember the identity and behavior of the deceased.