How long does it take to have a funeral after someone dies? Planning for a funeral can be overwhelming for family members, especially if it's unexpected. Timing is important as different faiths have their own requirements for how long a funeral can or must take place after the death, so the length of time before a funeral after a death varies.

How Long After Death Is a Funeral?

The length of time between a death and a funeral varies depending on the person's religious faith, but on average, it's about a week. Assuming the body is properly preserved and stored, it's possible to have one up to two to four weeks later, though the longer you wait, the less likely having an open casket is an option. If you choose cremation, the funeral can be held at any time as the condition of the body is no longer a concern.

Factors in Scheduling a Funeral

Scheduling the funeral will be determined by the availability of the funeral home, which tends to be obviously busier on weekends. Other factors that come into play aside from religion include the following:

How Long Before a Body Must Be Buried?

Decomposition begins once death has occurred, but embalming can slow it down for approximately seven days. Embalming can keep a body preserved for a very long time, such as years, but it requires specific refrigeration, humidity, and sterile conditions to do so. If no preservation process is used, the body needs to be refrigerated and buried as soon as possible as refrigeration will not slow decomposition as embalming would.

Adherents to the Roman Catholic traditions hold a funeral three days after death. The two days prior are traditionally a time to hold the wake, which can last one to two days.

Christian funerals tend to follow the Catholic schedule, but the wake is replaced by a small viewing prior to the funeral. Christian denominations are less rigid about the three-day schedule, and you will see some variations within the time frame one about one week. 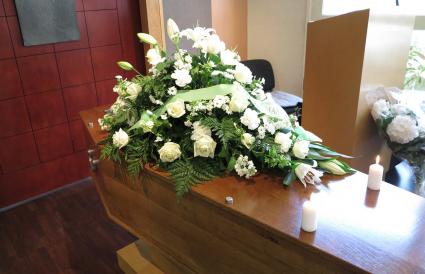 In Judaism, a funeral should be held without delay and scheduled as soon as arrangements can be made. In fact, Orthodox Jews require the funeral to be within 24 hours of the death. Funerals cannot be held on certain Holy Days. Orthodox and Conservative Judaism does not allow for cremation but Reform Judaism does, while all do not allow for embalming unless it is required by law.

Muslims also require that a funeral take place within 24 hours of the death, or if that is not possible, before the next sunset takes place. In the Muslim faith, bodies are bathed and shrouded, and there is no embalming process unless required by local or state laws. Since most bodies are not embalmed, the burial needs to be done as soon as possible. Cremation is not an option.

Hindu funerals differ from other major world religions in that cremation is actually the traditional method of burial. The funeral takes place at the family's home, though some families opt for using a funeral home instead. Funerals must happen quickly, usually within 24 to 48 hours of the death. Hindu funerals also include a separate cremation ceremony, known as mukhagni, that takes place at the cremation site. Some Hindu families include a third ceremony, the shradda, that usually occurs approximately 10 to 13 days past the death date, or in some cases, on the first year's anniversary of the death date.

A funeral for a practicing Buddhist usually occurs during the week following the date of death. Buddhists actually hold their funeral for a deceased person based on the date of death and will be either on the third, seventh, 49th, or 100th day after the original death date. Bodies may be embalmed, and cremation is allowed. The full mourning period can last up to the 100 days.

When Funerals Occur After Death

Although it's most common for a funeral to occur within a week of a person's death, religious dictates can shorten the time to within a day or two, or in some cases, extend it. Scheduling the funeral also depends heavily on factors such as the availability of the family to travel, the funeral home's schedule, legal concerns over the body, and avoiding serious situations such as a medical crisis or severe weather. If you find yourself tasked with planning a funeral, reach out to your funeral home director for guidance. Most funeral homes will be experienced with the rules and regulations of your state, as well as most major religious requirements regarding scheduling the funeral.

0
Comments
© 2006-2020 LoveToKnow, Corp., except where otherwise noted. All Rights Reserved.
Resources, Advice & Tips for Covid-19
Read More
How Long Until the Funeral After Someone Dies