Many of the customs of Hmong funerals are based in the belief that the soul of the deceased must be guided back to where he or she originally came from, allowing a reunion with ancestors and opening the path to reincarnation. This belief makes the funeral traditions extremely important, since each aspect must be performed perfectly to set the person's soul on the proper path. If you are attending a Hmong funeral, it's important to know about the unique cultural traditions you may see.

Understand what happens at a Hmong funeral means understanding the meaning behind the traditions of this Vietnamese culture. Txongpao Lee, Executive Director of the Hmong Cultural Center in Saint Paul, MN, explains many of these traditions in a lecture about the traditional Hmong funeral ceremony.

Rather than including a funeral director, traditional Hmong funerals are planned and executed by the extended family. The funeral includes three or more days of mourning with events taking place in the family home, a community or cultural center, a funeral home, or a combination of the three. Often, the funeral will last three days with a 13-day mourning period after burial. While many Western funerals end with the burial, Hmong funerals continue long after. Many communities believe that the soul doesn't leave the body for 13 days, so this mourning period is part of helping the soul find its way to its ancestors.

The third day of a Hmong funeral is full of music. The traditional songs include "Song of Mounting the Way" and "Departure of the Deceased," which are played on a special instrument called a qeej. The qeej is made of bamboo, which is, believed to be the first plant on earth. It is chosen because it can guide the soul back to its ancestors. Drums also accompany the qeej.

Decorations at a Hmong funeral are simple. They may include funeral flowers, as in many memorial services. They may also include Hmong artwork and golden hearts made out of paper.

Golden paper, called joss paper, is a very important part of any traditional Hmong funeral. Guests will often bring this paper as a gift, and it's folded into shapes and affixed to a heart. This Hmong funeral paper, when burned, is thought to convert into money for the deceased to spend in the afterlife. 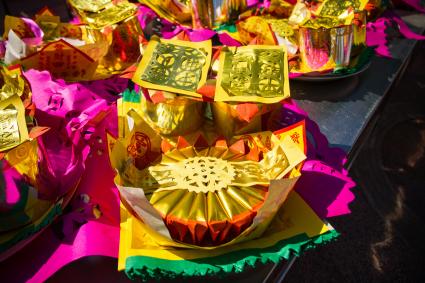 Role of Food in a Hmong Funeral

At a Hmong funeral, guests often bring offerings of food. The officiant will then divide the food among family members. Often, food offerings take the form of a basket with a cooked pig or chicken and other items like wine and rice. 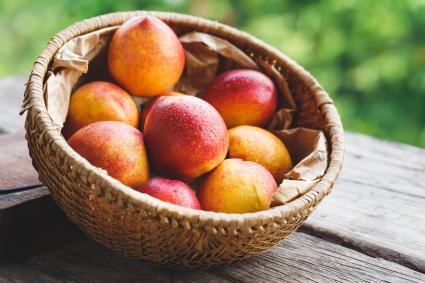 Tips for Attending a Hmong Funeral

If you have been invited to a Hmong funeral, understanding the customs is important. There are also rules of etiquette you'll need to follow.

Know What to Wear to a Hmong Funeral

While you might dress up for a traditional funeral in another culture, fancy clothes are considered disrespectful at Hmong funeral. Choose clothing that is respectful but not overly fancy.

Visit on the First Two Days

If you haven't received specific instructions about when to visit, it's a good idea to pay your respects during the first two days of the funeral. This is a time for public viewing and community support, and visiting at this point does not usually interfere with traditional burial customs. 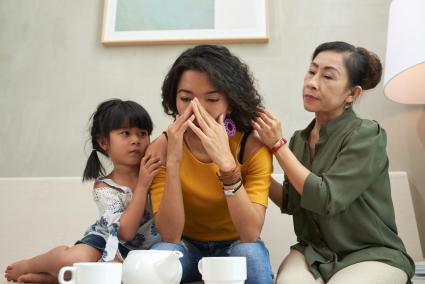 Take Your Cues From the Family

Often, the family of the deceased will be open to talking to you. Just like at any other funeral, take your cues about the mood and topic from the family members.

Some Hmong families have a table at the funeral for "sunshine money" or money to offset the costs of the funeral. You can contribute to this or bring joss paper to burn for the deceased. You can also bring a sympathy card with a touching message. 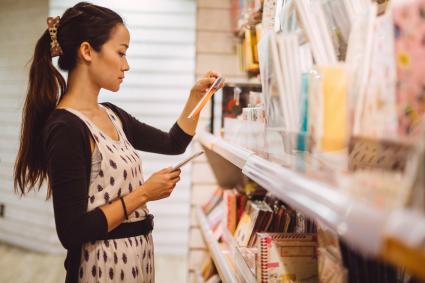 Hmong funeral traditions are an important part of this culture, and they're also fascinating to learn about. Each culture has different beliefs about death and dying, and the more you know about them, the better equipped you will be to attend a funeral of any faith. Ultimately, every culture has traditions to show respect and love for the dead.