Culture brings people together from varying backgrounds who all share a similar belief system. Thoughts on death and what may or may not come next have varied greatly from culture to culture, with each group expressing unique opinions. Remember that every individual's belief will vary and can be on a spectrum even if they identify with a certain practice.

Death and Dying Practices Around the World

Death and dying practices vary throughout the world and are impacted by many factors which may include culture, religion, personal beliefs, and community traditions.

In North America, many individuals incorporate specific religious beliefs, as well as contemporary end-of-life options. Some individuals choose more eco-friendly burials such as bio-urns, while others prefer cremation or traditional burials in a casket. Those in North America may hold wakes before the funeral service, have traditional funerals or celebrations of life, as well as post-funeral receptions to honor the deceased individual. The grieving process can vary depending on what each culture considers an acceptable loss versus not.

In many South American countries, Catholicism influences some death and dying rituals with an emphasis on celebrating the deceased individual's life. Funeral traditions may include a wake followed by a traditional Catholic mass. Funerals may be colorful and feel more like a celebration than a solemn event. Some cultures believe that their deceased loved ones can come back from the dead to join in the Day of the Dead celebration. Grief is often viewed as acceptable and respectful of the deceased loved one. 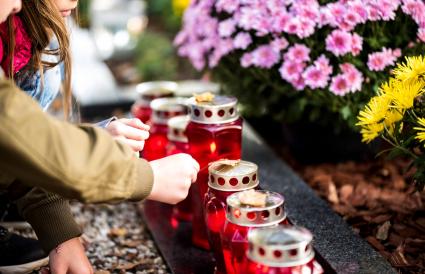 In Europe funerals range from incorporating religious practices to none at all. About 75 percent of Europeans identify as Christian, and it's not uncommon for some Christian practices to be incorporated in the funeral or memorial. Small communities often have their own death ritual traditions that have been passed down from generation to generation that can make the funeral or memorial unique. Black is the traditional color of mourning in many European countries.

In many Asian cultures, those in mourning wear white to represent the passing of an individual, while in other cultures black or dark-colored clothing is worn to a funeral or memorial. Many Asian cultures are collectivist, meaning that family and community are important aspects of their core belief system and impact the rituals surrounding death and dying. Many Asian cultures believe in the afterlife. 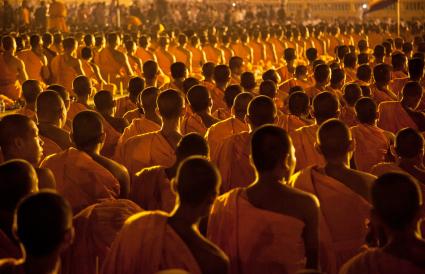 In Australia, traditional funeral services, green funerals, and more unique, customized services are popular choices when a loved one passes away. Funerals and memorials in Australia tend to be similar to those in the United States, as well as Canada. Funerals usually take place within a week of the individual passing away and services may be held indoors or outdoors. About 66 percent of Australians now prefer to be cremated than buried. Typically mourners wear black to funeral services or memorials.

In Africa, the death and dying rituals center on becoming ancestors and the way one passes away, as well as the funeral rituals can help that transition. It not common to discuss one's end-of-life wishes, because they typically do not view death as the end. They believe that life goes on in another realm. There tends to be a taboo around discussing one's own death and dying plans, and typically family members make end-of-life choices for their loved ones. It is culturally believed that a drawn out death is considered the most natural. African death rituals include:

While no people live in Antarctica year round, there are research stations that house up to 5,000 people. If someone passes away in Antarctica:

Note that while some may regard certain practices and beliefs around death and dying to be unique, in the culture of origin, these practices may be considered the norm. Regardless of the practice, many death and dying rituals focus on honoring the deceased individual and coming to terms with the experienced loss. Some death and dying practices that you may not have heard of include:

Do Some Cultures Celebrate Death?

While some cultures focus on mourning the loss of a loved one, others focus on celebrating the life of the individual who passed away. Some of these cultures believe that the earthly life is not the only one to be experienced and rejoice in knowing that their loved one has moved on. Some cultures that celebrate death include: 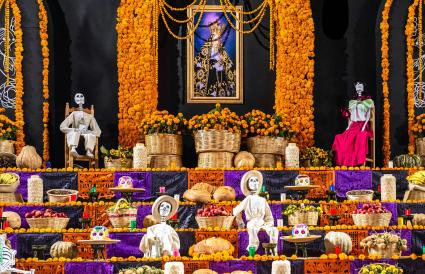 What Happens After Death in Different Religious?

Religious beliefs can heavily influence what is thought to happen after death.

Christian Beliefs on Death and Dying

Christianity is the most practiced religion in the United States, Brazil, the Philippines, Mexico, Nigeria, and Russia. Christian beliefs focus on the gift of life and the notion that death isn't something that should be feared as one will be able to connect on a different level with god after passing away. They also believe in heaven and hell and may focus on forgiveness during the dying process. Once a person has passed away:

Muslim individuals tend to have a strong belief in life after death with a preset amount of time, set forth by Allah, that someone is supposed to be living. While the passing away of a loved one is painful, many Muslim individuals find comfort through prayer, as well as the notion that they will see their loved ones once again in Paradise. During the dying process, it is customary for community members and loved ones to visit and provide comfort to the family. After a loved one passes away:

Islam is the second most popular religion behind Christianity, with the majority of Muslim individuals living in Indonesia, Afghanistan, Pakistan, and Iran.

Hinduism has a large population of practicing individuals in Southern Asia, Europe, Africa, North America, and Britain. Hinduism believes that the soul carries on after someone has passed away. The soul not only continues on, but is reborn according to karmic deeds, with the ultimate goal of Moksha. Moksha means that the cycle of death and rebirth ends and one is able to join god. Death is viewed as natural and that the amount of pain someone experiences in their life and during the dying process is related to their karma. When a loved one dies: 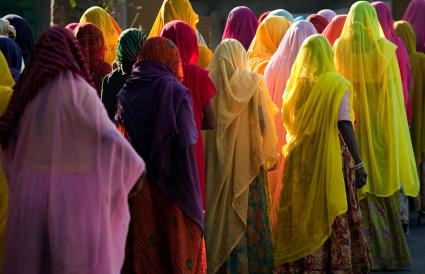 Buddhism is heavily practiced in Sri Lanka, Cambodia, Laos, Thailand, China, Korea, Japan, and Tibet. Buddhism sees death as a natural part of human existence, as well as the suffering and pain that may accompany it. Buddhism focuses on the here and now, which can impact how individuals internalize the dying process. Buddhists believe in reincarnation and aim to reach Nirvana. Cremation and burial are both acceptable, although the majority of Buddhist individuals choose cremation.

Individuals who identify as Jewish tend to have fairly structured customs when it comes to moving through the grieving process, as well as burial practices. After someone has passed away, funerals are held very quickly after, ideally one day after the person has died and services are led by a Rabbi. Jewish individuals typically do not support cremation and opt for burials in most circumstances. Funerals are viewed as a celebration of the individual's life and death is conceptualized as a natural aspect of being human. After the funeral:

Countries with the highest Jewish population include the United States, Israel, France, and Canada. 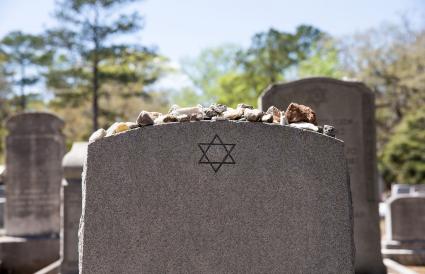 Atheist Beliefs About Passing Away

Those who identify as Atheist do not believe in a higher power and look to science for explanations of everyday occurrences. Based on personal rationale, individuals may or may not believe that something occurs after death, therefore death and dying practices will vary. About five percent believe in heaven and three percent believe in hell. Countries that have over a 20 percent identification as Atheist include China, Japan, Czech Republic, France, Australia, and Iceland.

If you work in healthcare, it's important to understand your role in providing culturally competent care to your patients. Those in mental health may also work with families in the midst of grieving a recent loss and should also take an active approach in understanding their clients' cultural beliefs about death and dying practices. To start:

What Are the Five Types of Death?

If you are working with a family, it's important to understand the type of death their loved one experienced, as this can help inform your treatment. The five types of death include:

How Does Culture Influence Death?

Exploring differing cultural perspectives on death and dying can give you a better understanding of a variety of practices around a circumstance that all individuals will eventually go through. Keep in mind that although a culture may support certain notions, individuals who consider themselves a part of that culture, may have varied beliefs and pick and choose what resonates with them, while others may follow that belief entirely. Typically cultural beliefs around death and dying, regardless of what they are specifically, provide people with some comfort, understanding, and support.