There are several religions that influence Korean funeral customs, including Confucianism, Buddhism, and Christianity. Additionally, many Koreans and Korean Americans don't identify with a specific religion. However, regardless of the religion, Korean funeral customs are based on the idea of helping loved ones make a smooth and peaceful transition to an afterlife. In years past, Koreans would carry out specific funeral rituals to honor loved ones who had died:

The lives of modern Koreans are very different from those of years past. Additionally, Koreans who have immigrated to other countries sometimes modify their customs to suit their new homes. Over time, Korean funeral customs have changed. 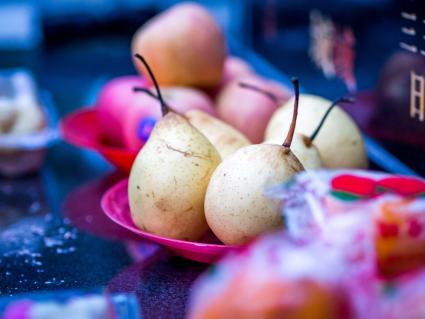 Timing for a Korean Funeral

Most Korean funerals take place over three days, although there is some variation. The timing may be longer if the person dies at night or if the family is Christian and does not want to hold the funeral on a Sunday.

Cremation Instead of Burial

While preparing the body for burial was a major part of Korean funeral customs in the past, most Koreans now elect to cremate loved ones rather than bury them. According to the National Funeral Directors Association (NFDA), over 71% of South Koreans elect cremation. This may be due in large part to the difficulty finding burial space in cemeteries in the country, but it is also an affordable option that honors the dead.

Traditional Korean funerals took place in the home of the deceased. However, modern funerals often take place in hospitals, which have designated rooms for funerals. In the United States, Korean American funerals can take place in funeral homes.

Showing emotion over the loss of a loved one is considered a sign of how much that person meant, so Korean funerals can be very emotional. In some cases, ritual wailing or crying may begin as soon as the person dies and continue throughout the funeral. Traditionally, there were three different periods of wailing: after death, after the body is washed, and after burial.

If the body is being buried, the deceased in dressed in special burial clothing, often made of silk. Whether the body is cremated or buried, mourners also wear special funeral clothes. They often dress in black, and men sometimes wear a hemp armband. Many hospitals have funeral clothing for sale or for rent. In the past, close family members might wear traditional dress entirely or mostly in hemp.

Especially in situations where the family has elected to cremate the body, a single portrait of the deceased is place on an altar. Often, the deceased chooses this photograph personally before death. There are studios who specialize in taking these portraits. At the funeral, the portrait is surrounded by flowers. 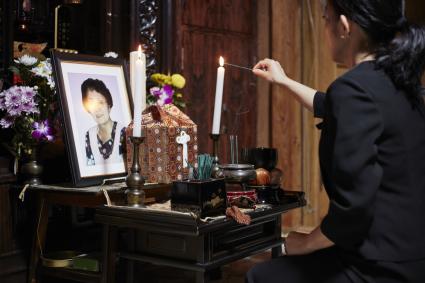 Food and Drink at Korean Funerals

Light food and drink are served at many Korean funerals, and it is often the responsibility of female family members to serve these items. Funeral halls often serve fish, soup, and meat.

Just like in any event, there are specific funeral etiquette rules to consider. If you're attending a Korean funeral, it's important to keep a few etiquette guidelines in mind:

Some of these Korean funeral customs are influenced by Japan's annexing of Korea in the early 20th century. Learning about how Japanese culture views death can give you even more insights into Korean beliefs about mourning and funerals. Still, many beliefs are older than the annexing by Japan, and Korean funeral beliefs are unique.