A Findlaw.com article notes survivors of the deceased have a legal right to sue in a civil court for wrongful death, separate from a criminal trial, no matter the outcome of the criminal trial. The aim of the suit is financial recovery for the loss of financial, emotional, and other support caused by the death of the victim. The survivor(s) must show evidence of their loss of financial, emotional and other support as a result of the loss of the deceased.

The article notes that there is a difference in the level of proof needed to win a civil versus a criminal lawsuit. Usually, one wins a wrongful death civil suit on the basis of "a preponderance of the evidence" (at least 51% probability). In contrast, in a criminal lawsuit the case has to be proven "beyond a shadow of a doubt."

Who Can Bring the Civil Lawsuit

The claim can be brought forward by a beneficiary or, in the case of multiple claimants, the person who represents the deceased's estate.

According to NOLO, one person, several people, or a corporate entity, or anyone associated in any way with the manner of death can be named as defendants in a single wrongful death claim. Examples include a car manufacturer or a tobacco company, a building owner, a surgeon and his operating room team, a hospital, or certain government agencies.

Some government agencies and their employees involved in railroad collisions, and manufacturers of some medical devices or some generic drugs, are given immunity from wrongful death suits.

A wrongful death can be claimed by survivors if the victim dies from what appears to be a deliberate act of murder or the criminal activity or negligence of another. According to Lawfirms.com, the most common circumstances leading to a wrongful death suit include: 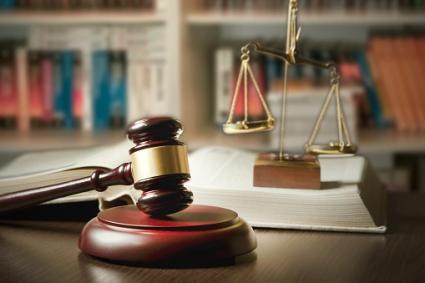 The party or parties of interest in a wrongful death suit seek financial compensation for the loss of the deceased as well as to punish the alleged wrongdoer(s). Calculations and distribution of damages are made based on each state's laws.

According to FindLaw, the attorney for the survivor(s) can claim damages for the following:

The amount of the award also takes into account the deceased's financial status, earnings, and financial circumstances at the time of death, his potential future earnings, and his "value" to the family, and includes interest from the date of death. It is harder to come up with the right financial award for the loss of a child because many of these parameters do not apply or are difficult to assess.

Damages on Behalf of the Deceased

HG.org writes in addition to survivor compensation, damages for injuries to the deceased can be sought by the representative of the deceased's estate and heirs at the time of the wrongful death claim.

Called "survival actions," the claim is for damages entitled to the victim himself - as opposed to the survivors - for personal injury, pain and suffering, and medical or other expenses incurred between the time of injury and the decedent's death. To determine the financial award for the victim's suffering, the following is taken into account by the court:

Damages are awarded to the estate, not to individuals, for distribution according to the will of the deceased to heirs or other beneficiaries, or as decided by the court.

If You Suspect a Wrongful Death

Every state has a wrongful death law and set of statutes, requirements and procedures that must be followed. If you suspect your relative died a wrongful death, find an attorney who has experience in these kinds of civil suits in your state and has full knowledge of your state's laws and processes. How long your case will take will depend on the work your attorney must do to gather all the evidence on your behalf and the length of the court proceedings.

Each state has a statute of limitations governing the time during which you can make a wrongful death claim. Therefore, it is important to find an attorney to file your suit as soon as possible. Try not to let your grieving process deter you from seeking justice and rightful compensation for the death of your loved one.

0
Comments
© 2006-2020 LoveToKnow, Corp., except where otherwise noted. All Rights Reserved.
Defining Wrongful Death and Who Can File a Lawsuit