When a loved one passes away, people will quickly ask, "Did they have a will?" There are several individuals mentioned in the document who have unique and valuable roles in the process. This article will look at who is the testator in a will and what role this individual plays.

Individuals Mentioned in a Will

A simple will usually mentions four main roles that must be filled by individuals in order for the will to be valid. Each has responsibilities that are to be performed. The most important role is the testator without whom the will would not be valid. Many states also require the presence of a notary public to testify to the legitimacy of the transaction. The four mentioned are:

Years ago, society also used the terms testatrix and executrix to indicate when the person was a female. With the changing gender roles in society, the terms are no longer used. Today both males and females are designated "testators" by the court.

Who Is the Testator in a Will?

The testator in a will is the person creating the will; it is the subject of the will who is specifying disbursement of possessions upon his or her death. The state decides who can have a will. It can also define who qualifies to be a testator. The requirements in most states are simple. A testator must be 18 years of age and be of "sound mind." Most states define sound mind as legally and mentally competent, able to distinguish these three things: 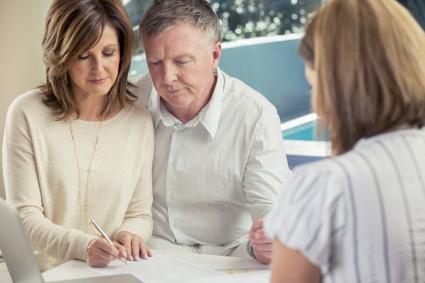 This phrase simply means that you understand what property you actually own. With ownership, the testator has legal right to give the property to someone else when they die.

It is also possible to assign a time for the distribution; for example, giving a child an inheritance when the child reaches a certain age.

Know the Natural Objects of Your Bounty

This phrase means that the testator must know who the people to whom they are most closely related. This would include a spouse and children, among others. A person not knowing these individuals would not be legally competent to execute a will, though they might be mentally capable of doing other things.

Know the Nature of the Bequest

The word "bequest" in this setting means your legacy, what you will leave to someone when you die. This implies that you know the consequences of creating a legal transfer of property upon your death.

From the court's standpoint, the testator must clearly demonstrate they want a particular document to be their will, and in the document they must tell the court what they want done with their property. If there is any ambiguity, the court is left to make determinations. Often, the court will give property to the closest living relative. The intent should include:

Example of the Testator in a Will

The testator is a legal term to describe the person who is making the will. The word may occur several places in the will, but it most often occurs a couple of places,

What Is a Testator?

When an individual executes a will before their death, the burden and nature of decision-making becomes much easier on the family. The deceased, who is the testator in a will, has declared their desires for how the court should distribute the estate. Sharing their intentions becomes a relief to the family and the greatest gift the testator can give.

0
Comments
© 2006-2021 LoveToKnow, Corp., except where otherwise noted. All Rights Reserved.
Resources, Advice & Tips for Covid-19
Read More
Who Is the Testator in a Will? A Closer Look