Examining the Bible and Cremation of the Body

There is no mention of the practice of cremation in the Bible as a form of disposing of the body for burial. However, there are several mentions of burning bones done as a deliberate act of defilement meant as a form of punishment.

Is Cremation a Sin?

There are some Biblical arguments made against cremation. The text used is often from the Old Testament that demonstrates the viewpoint of ancient Jewish burial traditions.

2 Kings 23:15-20 is used as an example of the Bible being against cremation. This text describes how King Josiah during what's known as the Deuteronomic Reform tore down all the idols that had been erected to Baal and other deities within the Temples. He burned the bones of those entombed on the mountain, save a prophet of God, as an act of defiling the bodies of those who had defiled God.

Slaughter of Priests Who Defiled God

King Josiah also tore down all forms of idols and altars. He destroyed the hollow bronze torture statue of Moloch where a fire generated tremendous heat inside the statue. Children were thrown into the hellish oven as sacrifices to the pagan deity Moloch. King Josiah then executed the priests of these high places throughout the cities of Samaria and burned their bones. He intentionally committed this most egregious act of defilement against those who had defiled God as punishment to their eternal souls.

Perhaps the most quoted scripture used to argue against cremations is Genesis 3:19 that reads, "By the sweat of your face you shall eat bread, till you return to the ground, for out of it you were taken; for you are dust, and to dust you shall return." This scripture implies a natural decomposing of the human body be practiced. This mandate was practiced by the Jews of the Old Testament and most modern Jews.

As a traditional Jewish practice, the body is to be left untouched and unharmed so the soul can be released without any form of spiritual pain while remaining anchored to the body and hence the material world during the process of moving from this world to the next. 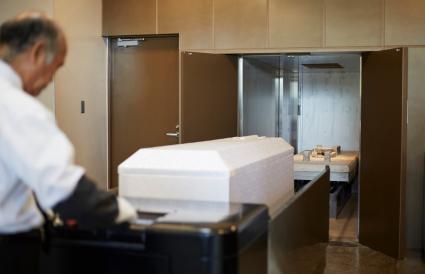 It is often argued that this burial practice came out of the days when Jews were held as slaves in Egypt and where the Egyptians practiced embalming their dead. To the Jews, the only form of acceptable burial was within 24 hours of death and the body remains undefiled. This means the body cannot be violated in any way, such as an autopsy or organ donation.

There are two modern exceptions to the strict law of a natural burial with an intact body: if it is required by law, and if an autopsy could offer a cure for a disease. Other than those two instances, a body is to remain whole for burial. This means organ donation is not allowed under traditional Jewish law.

Some modern Jews view cremation as an acceptable form of burial. However, cremation goes against Orthodox Jewish beliefs and practices as described in the Jerusalem Talmud.

Resurrection of the Body

In the New Testament of the Bible found in 1 Corinthians 15:35-55, Paul the Apostle describes the resurrection of the dead. He writes, "It is the same way with the resurrection of the dead. Our earthly bodies are planted in the ground when we die, but they will be raised to live forever." Further in the passage he writes, "They are buried as natural human bodies, but they will be raised as spiritual bodies. For just as there are natural bodies, there are also spiritual bodies."

What Does the Bible Instruct About Cremation?

There is no direct instruction or Commandment given in the Bible about cremation. However, many people believe this is found in traditional Jewish burial practices, Old Testament acts that were done to defile God and the literal interpretation of New Testament text about the resurrection of the body.

0
Comments
© 2006-2020 LoveToKnow, Corp., except where otherwise noted. All Rights Reserved.
Resources, Advice & Tips for Covid-19
Read More
What Exactly Does the Bible Say About Cremation?