Like most religious funerals, Mormon funerals feature specific rituals, traditions, and etiquette guidelines to show respect for the dead and for the belief system. Most Mormons belong to The Church of Jesus Christ of Latter-Day Saints, or LDS, so a Mormon funeral might also be called an LDS funeral.

Mormon View of Death and Dying

Funeral services in the LDS community are typically held within a week of the death, but are not held on Sundays.

Mormon funeral services generally last about an hour, but could run up to an hour and a half. There may be a burial and a luncheon after the funeral, which can extend the day's events to several hours.

Mormon funerals are often held in a Mormon church, but may also be held graveside. Some Mormons do use funeral homes for their services. The important things are that the family agrees to the location, and a bishop oversees the funeral. 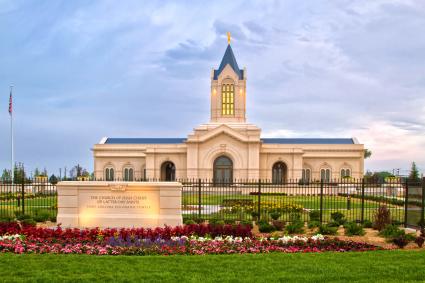 Who Pays for a Mormon Funeral?

Like mainstream funerals, the family of the deceased is responsible for the funeral costs. However, if the family can't afford all or parts of the funeral services, their ward may have funds available to assist them.

Who Can Attend Mormon Funerals?

If you're wondering what a Mormon funeral is like, the atmosphere is the same as many other types of funerals. The occasion is solemn, but also hopeful for the spirit of the deceased. A look at some LDS funeral rituals can help you better understand the feel of these events.

Some families choose to host an open-casket viewing before the funeral. It usually happens right before the funeral service in the same location. Be aware that is is customary at a Mormon viewing to allocate the final 15 minutes of the viewing to close family members only. 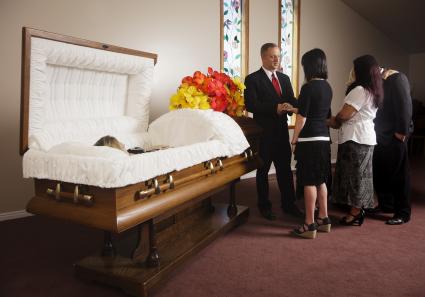 Except where a burial would be illegal, Mormons prefer to bury their dead rather than cremate them. This is because their religious teachings dictate that mortal bodies need to "crumble to their mother earth" so they cannot walk the earth again. A close friend or family member who holds Melchizedek Priesthood dedicates the grave at the burial with only family members.

If the deceased person has been endowed, he or she is buried in their temple garments and clothing. Most people will own these garments before they die.

Until 2019, an endowed woman's face was always veiled before closing the casket for the last time. A person approved by the Bishop would pull the veil over the woman's face. In 2019, the Church issued a new guideline stating that veiling is now optional. Endowed women, or their families, can decide whether to veil the face or leave it uncovered before closing the casket.

As with any group or individual family, there are some traditions that many Mormons honor at funerals. These are not hard-and-fast rules, but common practices.

While LDS funerals can vary by family or community, they typically follow a standard sacred format. Funerals conducted by bishops are treated as all other church meetings. A typical funeral program would include: 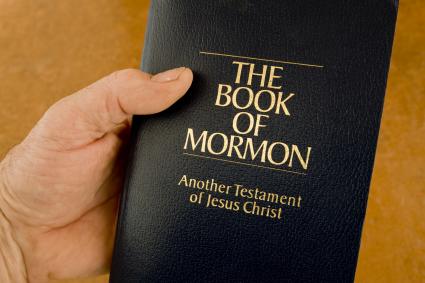 The Relief Society, or a women's organization from the church, usually hosts a post-funeral meal known as a mercy meal. All who attend the funeral can attend the meal to connect as friends and reminisce about the deceased.

Funeral Potatoes is the name of a special casserole many Mormons bring to funeral luncheons among other group events. The casserole consists of cubed potatoes, cream of chicken soup, cheese, and a Corn Flakes topping. The dish is fast, easy, and inexpensive, and embraces 1950s values that were embraced by the Mormon community as they tried to assimilate into mainstream culture during this time. 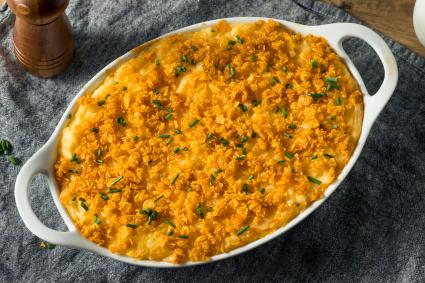 There is no strict LDS funeral etiquette guide, but you can always ask your bishop or a Mormon you know if you have questions about how to look and act.

All in attendance are expected to treat the event with reverence and the family with tenderness. People should try to keep a solemn attitude, but there is some room for humor and joy. You should respect family-only activities and take the lead of the family or other community elders in terms of attitudes and behaviors.

Unlike mainstream funerals, you are not required or expected to wear all black to a Mormon funeral.

Death As Part of Life

Mormon, or LDS, funerals aren't all that different from mainstream or other religious funerals. There are a few specifics unique to this group, and it's important to understand and honor those differences.