Founded in 1995, the Museum of Death was established with the goal of educating people about death in the United States and making people appreciate being alive. Due to its popularity, the museum has expanded from its original California location and there is now a Louisiana museum as well.

History of the Museum

When the museum was first established in the mid-1990s, it was housed in San Diego's first mortuary - a building said to have once been owned by Wyatt Earp. The founders, JD Healy and Cathee Shultz, started it as a controversial art gallery, but after realizing the lack of death education in America, they decided to refocus their mission.

According to an interview with LA Weekly, the owners' original idea was a conceptual project about breakfast cereal, and how consumerism manipulates you from birth until death. That became a pun for the homophones of cereal and serial. It was then that they started writing to serial killers. From there, the project spun off and went in an entirely different direction, where it evolved into an exhibition on death.

When the art exhibit opened, there was controversy as it pushed acceptable boundaries with gruesome death-and-sex related artwork. Eventually, they added works from real serial killers. By rebranding to a museum versus art gallery, they were able to take additional creative liberties and not risk being shut down for showing naked photos or overly sexual exhibits.

The owners reopened in Hollywood and expanded to a second location in New Orleans. The museum is designed to be a self-guided tour that takes around 45 minutes to an hour, but guests can remain there for hours as movies run all day. It's been called the museum equivalent of slowing down when passing a car crash and is regularly included in articles about controversial museums around the world.

Exhibits at The Museum of Death

The exhibits at the Museum of Death are not for the squeamish as they are graphic and depict some violent methods of death. The Hollywood museum location exhibits include:

Some exhibits in New Orleans include: 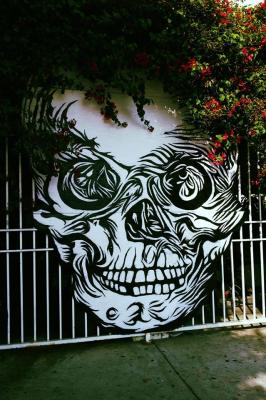 The original Museum of Death is in the popular tourist area of Hollywood Boulevard in Hollywood, California. The second location is in New Orleans, Louisiana.

Both locations are open seven days a week and the admission price is $15. New Orleans hours are 10 a.m. to 7 p.m. every day, while Hollywood's hours vary slightly. Hours for the Hollywood location are:

The Museum of Death falls under a category of travel known as dark tourism. The museum is featured in US City Traveler's 27 Coolest Museums in America and is noted as one of the 14 Absolute Creepiest Places to Visit in the United States with both articles recommending a trip to the museum (if you are of a strong stomach).

When it comes to the public and thoughts on the museum, reviews are mixed. Some reviews of the New Orleans location on sites like TripAdvisor said $15 is too much as the museum is very small and can be explored in well under an hour. When it's crowded, it can be hard to see exhibits. Several users commented on the carnival-like music playing while the videos were rather off-putting and did not make them want to stay and watch.

Visitors who rated the museum higher enjoyed the informational aspects and the serial killer letters and artwork. Reviews of the original Hollywood location are generally higher with users loving all the exhibits and historical information. Several users noted it does get crowded, but this was expected given the nature of the museum and its tourist-centric location. Backpackerverse recommends not eating before you go, as some people have left the museum with a need to throw up. If you're easily grossed out, this would be logical advice to heed.

Is the Museum of Death Worth It?

Given the gruesome nature of the exhibits, this is not a museum for everyone. While there is no age limit to visit, it is definitely an attraction geared toward a mature audience, and it's not recommended for children. With that said, for people who have an interest in the historical aspects of famous serial killers or someone who has a morbid curiosity with death, the Museum of Death is a worthwhile stop if you're in Hollywood or New Orleans. If you have the option, the original location offers more exhibits and is a bit more spread out. For those who aren't easily grossed out by the macabre, the Museum of Death is likely to be a worthwhile experience.