You form an extraordinary bond with your pet, so it can be devastating to even think about your pet dying. Whether they're furry, feathered or scaly, there is no doubt they are special to you. When the time does come, your beloved companion will exhibit signs indicating they are very sick and may be near death.

The notion of dogs as just scrap-eating mutts is long gone. The attachment to your canine friend is undeniable and it can be extremely difficult when it comes time for them to leave. A few of these telltale signs include:

The article "Warning Signs a Dog is Dying" contains much more in-depth information on this topic.

Cats have personalities that range from total sweethearts to ornery grouches, but you love them just the same. Their life span can be 15 years or longer. There are signs of decline that your cat may exhibit when the end is near. These include:

This is discussed further in the article "What Is the Dying Behavior of Cats?"

Sometimes when a bird is sick, they have an innate, instinctual ability to hide their symptoms so they are not a victim to their prey. For birds that are pets, it may be too late by the time you recognize the symptoms. Some of these signs are:

Watching fish swim around in their tanks or aquariums can be therapeutic. Plus, they are simply fascinating to observe. But when fish get sick, they also show signs of illness or impending death, just like any other pet. Some of these signs are:

Rabbits make great pets and their adorable quotient is off the charts. If you spay or neuter your rabbit, you can even train them to use a litter box. When rabbits get sick, they also hide their symptoms. That's because in nature, if they show weakness, they will easily become prey. Some of these symptoms include:

Ferrets are fun pets, but when out of their cage, they need to be closely supervised. They tend to be very curious and adventurous. When they become sick or older, they also show universal signs that they may be near the end. These signs are: 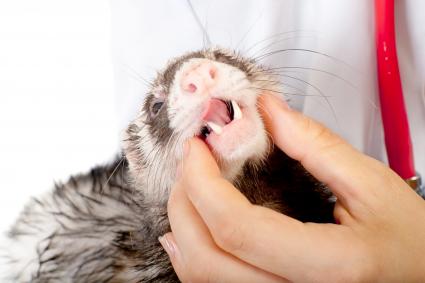 Hamsters and Other Rodents

Guinea pigs, hamsters, gerbils, rats and mice are great starter pets for your young ones. It's amazing how attached you become to these little pets. When they get sick and are close to death, they exhibit telltale signs as well.

Turtles are great, low maintenance pets. Unfortunately, they don't always show symptoms that they are sick until it's too late. Some signs to look for include:

Lizards are amazing pets and there's quite a variety to choose from. There are geckos, chameleons, green iguanas and bearded dragons, just to name a few. Typically, lizards have a very slow metabolism, which makes it difficult to recognize signs of illness until it's progressed and may be too late. Some signs to watch for include: 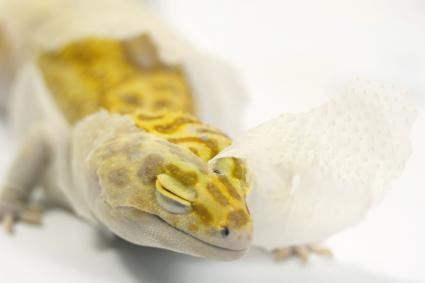 You either love them, hate them or have a full-on phobia of them. Regardless, snakes make fascinating pets and are interesting to learn about and observe. When a snake is ill or near death, the general signs they show may include:

Bring Your Pet to the Vet

It is imperative that you call your vet if your pet is showing any signs of distress or illness. Oftentimes, your pet can be treated and even make a full recovery. If your pet is very sick or near death, however, the veterinarian will let you know your options. The most important thing is to be there for your pet and comfort them in their final hours.

Comments
© 2006-2021 LoveToKnow, Corp., except where otherwise noted. All Rights Reserved.
Signs That a Pet May Be Dying