Poems in memory of Mom are heartfelt tributes created when a beloved mother has died. These memorial poems for mom can be read or written at anytime to bring comfort.

Robert Louis Stevenson, Edgar Allan Poe, Rudyard Kipling, and other famous authors penned poems about their mothers. While some of these are interesting, they may not be your choices to be read at a service honoring your mother. However, the power of these writers' words speak eloquently and are expressions of their thoughts toward their mothers.

Sonnet to My Mother

Sonnet to My Mother by George Barker is the type of poem that rolls off the tongue, making it a good choice for a reading at a funeral or memorial service. The poem paints the picture of the mother as a resilient, powerful force that is unmovable. The poem was written as a remembrance for Barker's deceased mother and focuses on the things he knew he would miss about her.

Mother 'o Mine by Rudyard Kipling was supposedly written as an apology to his mother for the sad ending to one of his books - she wanted a happy ending, so to ease her displeasure he composed the poem as a tribute to her. The poem tells the story of a mother who loves her child no matter what. The poet paints the picture of a mother's love making a broken person whole once more.

To My Mother by Edgar Allan Poe speaks toward the important role mothers play in their children's lives and the world at large. Poe's mother died when he was very young, so he understood the importance of women who assume the mother role, even if they aren't actually mothers.

Childhood by Rainer Maria Rilke talks about childhood memories that have slipped from the mind, only to be recalled when something unexpectedly trips the memory. It's largely a poem about how fragile childhood can be, yet alludes to how those childhood memories are important. It's a suitable poem to reflect on the passage of time.

To My Mother by Christina Rossetti is quite a short poem, suitable for someone who doesn't want to say many words. The poet wrote this poem to celebrate her mother's birthday. The mention of giving flowers to the mother in the poem might make this a good poem to recite when surrounded by funeral flowers.

Sonnets are Full of Love

Sonnets are Full of Love by Christina Rossetti is a sonnet written to celebrate the poet's "first love" - her mother. The poem speaks of the special love between a mother and her daughter and how that love is reciprocal.

My Mother Would Be a Falconress

My Mother Would Be a Falconress by Robert Duncan is a fairly long poem, but quite beautiful. The mother in the poem is painted as authoritarian, yet willing to teach her child. As the poem goes on, the poet relies less on his mother and more on the skills he acquired from her. It's about a mother letting go of a child she prepared for independence.

Poetry is a source of comfort and healing for the bereaved. Poems that deal with loss are often read when a eulogy is given at a funeral. They provide some solace for both the reader and those present at the service. The poetry evokes emotions and perhaps, even tears. These emotions can be therapeutic for the griever. 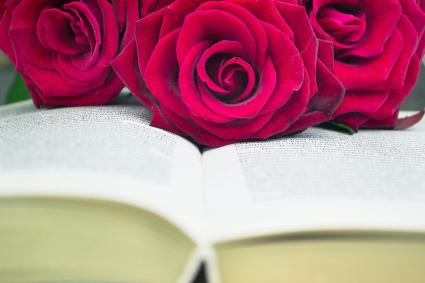 Reading in Memory of Mom Poems

When a poem is read to an audience, follow these suggestions:

Poetry about mothers who were loved and are no longer with us are strong and loving pieces. Even if you do not find a particular selection meaningful, know that the person who wrote it was inspired and most likely received much peace from composing the piece. Likewise, if you choose to write a poem about your mother, be assured that it will be most significant to you. However, others may be encouraged to hear it read in honor of your mother. Don't be afraid to share your work. Others need to know the ways in which you adored your mother and how much she meant to you. Poems about mothers hold the following qualities:

When you set out to write your own poem, jot down some cherished qualities about your mother. From these, chose one or two, and from there, construct a few lines. Use words that are dynamic and vivid. Find verbs and nouns that convey what you want to say. Consult a thesaurus or dictionary to help you as you create.

Poetry for a Mother's Death

When you are at a loss for words when the time comes to honor your mother's life at the time of her passing, take solace in the fact that poets from years ago have already put the words together for you. Find the poem that most speaks to your heart and use it as a fitting tribute.

1
Comments
© 2006-2020 LoveToKnow, Corp., except where otherwise noted. All Rights Reserved.
7 Famous Poems in Memory of Mom