In general, military funeral honors may include: 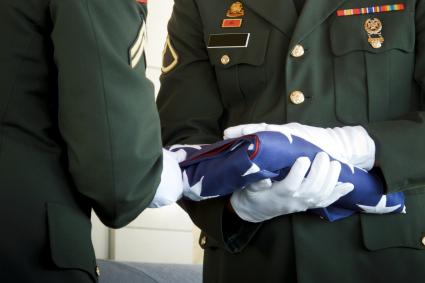 Who Is Eligible for Military Funeral Honros?

Those eligible to receive military funeral honors include:

Burial and graveside related customs may include:

Military funeral protocol will vary depending on what the family of the deceased individual requests, as well as which honors they were eligible to receive.

The military funeral flag is draped over the casket or is placed by the urn during the funeral service and is typically given to the next of kin or a friend of the deceased individual. Usually after the playing of Taps, the flag is folded precisely 13 times until only the blue part with the white stars is showing. If you are given the flag:

What Happens at a Funeral With Military Honors?

Who Gets a 21-Gun Salute at Their Funeral?

The 21-gun salute is fired during an ex-president's, president's, or current president's funeral. It may also be fired on Memorial Day, Independence Day, and President's Day. 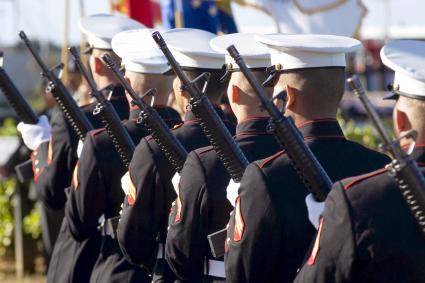 How Do You Get Full Military Honors at a Funeral?

What Are Full Military Honors?

Full military honors may include:

A sample of a military funeral service: 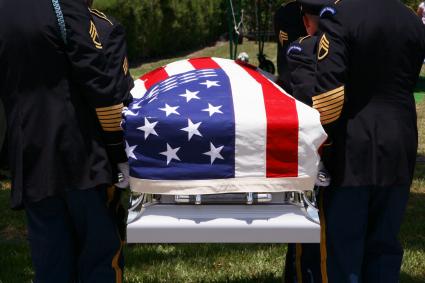 If you haven't attended a military funeral before, it's important to understand appropriate military funeral etiquette. This may include what to wear, if you should or should not have your child or children attend, as well as whether you need to participate in any aspects of the service.

What to Expect at a Military Funeral