Consent for Cremation is a legal document that is included amongst a bundle of other legal documents recognized as the Last Will and Testament of an individual. Learn about the requirements for a consent and why having your will written is so important to the process.

Cremation of the human body is the process of reducing human remains to their basic chemical compounds in the form of gases and bone fragments. This process is achieved through subjecting the deceased to a process of high temperatures and vaporization. Cremated remains are not ashes, in the usual sense, but instead dried fragments of bone that have been pulverized in an electrical cremated remains processor, which turns the bone fragments into a fine sand which can be scattered without leaving any foreign matter.

Cremation may serve as a funeral rite or a post-funeral rite often chosen as an alternative to being placed in a casket. Cremated remains may be buried, placed at memorial sites, cemeteries and a special mausoleum of small compartments designed to hold urns called a columbarium. Some families choose to keep the remains of relatives or scatter the ashes at a location of their or the deceased choice.

The requirements for drafting a legal consent for cremation varies greatly from state-to-state. Each state and municipality has its own set of laws and procedures that govern the handling, preparation and disposition of the deceased and the forms and documents that allow such a procedure to occur. In general, most municipalities and counties have a different procedure for when a death has occurred in a hospital and a different procedure when the death occurs at home, at work or while traveling.

The information that governs the construction of legal documents can be found in each states civil code or for simplicity, there are a number of websites that sell legal forms and documents online that have been prepared in advance to meet each of the states requirements of legality.

Last Will and Testament 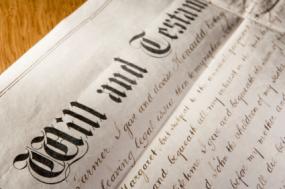 Prior to death the deceased, called the Testator in life, should have created a Last Will and Testament, which assigns someone greatly trusted to be the Executor of the Will. The Executor is the person who is responsible for handling all of the affairs of the Testator before and after he or she has passed. Within the pages of the Will there should be placed a document that is signed and witnessed that permits the assigned Executor of the Will the permission to cremate the body of the deceased.

The Consent for Cremation that is included within the Will documents must include certain information about the Testator such as:

The Consent for Cremation and all other documents within the Last Will and Testament must, in most states, be witnessed by one or more witnesses when the documents are signed by the Testator. Some states require these signatures to occur in front of a Notary Public, which is an individual that has the state authority to approve the legality of documents.

Documents Included in the Last Will and Testament

The Last Will and Testament should include the following documents:

With these documents, the assigned Executor is legally enabled to and legally bound to, perform each act requested by the Testator both prior to and after death that is written within the pages of the Will.

If There Is No Last Will and Testament

Sometimes the Last Will and Testament of the deceased cannot be found, is damaged or possibly never existed. In situations such as this, typically either a close relative or close friend would file a request with the local Probate court to be appointed Administrator of the deceased's estate. This request, when granted by the court, would allow that Administrator the power to make the choice of cremation for the deceased.

The Last Will and Testament Is from Another State

If the Last Will and Testament was drafted in another state other than where the Testator died and is intended to be cremated, most courts will respect and acknowledge the Will even if it is from another state because the Will was created under the guidelines of the state that the deceased lived in when his or her last wishes were legally documented.

US Statistics on Cremation

National statistics show that cremation is quickly becoming a preferred method of memorial with the greatest rates of cremation occurring in the Western segment of the U.S. As of 2001, approximately 27 percent of deaths in the U.S. resulted in cremation, up from 6 percent in 1975. Current statistical projections indicate that nearly one million cremations will be performed by 2010 and nearly half of the U.S. population will be choosing cremation by the year 2025.