While everyone remembers the life and times of luminaries, it's their famous funerals that have made lasting impressions. Personalities such as Elvis Presley, Princess Diana and even President John F. Kennedy led spectacular lives. But it's their funerals that brought their famous lives to an astounding close.

Who doesn't know about the life of "The King of Rock 'n Roll?" Elvis Aaron Presley was one of the first rockabilly performers, and his stage performances often caused an uproar in the 1950s and 1960s. He is known for hits such as Hound Dog, Blue Suede Shoes and Jailhouse Rock, among others. He was also an actor, starring in as many 33 movies and musicals. Women cried and even fainted when they saw him perform, Presley died from a drug overdose on August 16, 1977 at the age of 42.

His Trip Back to Graceland

Compared to some famous funerals, Elvis Presley's was a modest affair. After he was embalmed at the Memphis (Tennessee) Funeral Home, his body was returned to his home, Graceland, for public viewing. More than 30,000 fans converged to bid farewell to this cultural icon. Then-President Jimmy Carter ordered roughly 300 U.S. National Guard troops to maintain peace at the event, and all of the flags in Memphis were flown at half-staff.

His funeral was held two days after he died in the living room at Graceland. Televangelist Rex Humbard delivered the sermon and many of Elvis' colleagues spoke (and sang) on his behalf including Jackie Kahane, J.D. Sumner and the Stamps, the Statesmen and Kathy Westmoreland. Others in attendance included Caroline Kennedy (daughter of the late-President John F. Kennedy), Sammy Davis Jr. and James Brown.

Following the service at Graceland, the funeral procession, which consisted of 14 white Cadillacs, proceeded through the fan-lined streets of Memphis to Forest Hill Cemetery where he was interned. Presley's body was later moved back to Graceland and buried in its Meditation Garden after someone tried to steal his remains. 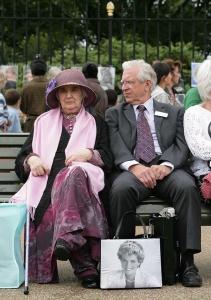 Princess Diana of Wales' funeral was just as elaborate as her wedding to Prince Charles. Both were worldwide media events that caused fans to stare in awe and cry uncontrollably. The divorced daughter-in-law of England's Queen Elizabeth II, the former Diana Spencer died in a car crash allegedly caused by a paparazzi chase in Paris, France, on August 31, 1997 at the age of 36.

Funeral for a Princess

Diana's funeral followed a week of mourning in the United Kingdom. Her journey home included a four-mile procession from Kensington Palace to Westminster Abbey, where the Royal Family joined celebrities and politicians for a very solemn service. More than one million people lined the streets along watching the gun carriage that carried the princess. Walking the route behind the hearse was Diana's two sons, William and Harry, their father Prince Charles, their grandfather and her brother.

More than 2.5 billion people worldwide watched her September 6, 1997, funeral on television. Her sisters both read tributes to the princess, and singer Sir Elton John played his new version of Candle in the Wind. Her eulogy was read by her brother, Lord Charles Spencer, and included accusing the media of her death, calling Diana the "most hunted person of the modern age."

Her public funeral ended with a private burial on an island at her family's estate at Althorp in Northamptonshire, England. 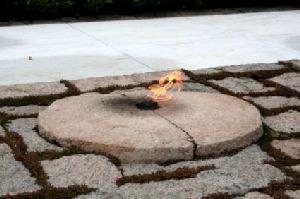 While much controversy still surrounds the assassination of President John Fitzgerald Kennedy, one thing is for certain -- his burial is one of the most famous funerals of the 20th century. Kennedy, who was the 35th president of the United States, was fatally shot while riding with his wife Jaqueline in a presidential motorcade through Dealey Plaza in Dallas, Texas, on November 22, 1963. He was reportedly killed by Lee Harvey Oswald. The president was 46 years old.

Because of his political stature, Kennedy was given a state funeral that took place three days after his death. His body was brought back to Washington, D.C. where he laid in repose in the East Room of the White House for 24 hours. From there, the casket was carried to the U.S. Capitol to lie in state. Hundreds of thousands of people lined up to view the flag-draped, closed casket. Representatives from almost 100 countries attended this famous funeral. His service was held at St. Matthew's Cathedral and he was laid to rest at Arlington National Cemetery in Virginia.

Millions of people lined the procession route and even millions more watched it on television. All network programming had been interrupted for the funeral coverage. Also, not since the funeral of England's King Edward VII in 1910, had their been such a gathering of foreign dignitaries.

One of the most memorable parts of the funeral was the procession to the cathedral and then again to the cemetery. Once the president was placed on the gun carriage, he was taken past the White House and then on the St. Matthew's Cathedral. Jacqueline Kennedy, with her young children John Jr. and Caroline, led the procession up the stairs at the cathedral. Roughly 1,200 invited guests attended the funeral Mass. No eulogy was read, but rather selections from the president's speeches and writings were read. His Inaugural Address was read as well. As the casket was being carried from the church, John Jr. saluted the coffin.

The procession the preceded to Arlington National Cemetery where the widow lit the eternal flame that today still stands lit on the grave site. He is the second president buried there, after William Howard Taft. 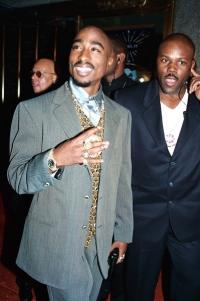 There are many other famous funerals that many people will remember, including:

While there are many famous funerals to read about, there are also grieving families left behind after the services are over. Celebrities are just like everyone else and need their privacy to mourn their losses. And just like every day people, this, too, can take time.