Religious beliefs and fear of the unknown are only two of the several cons of organ donation. Some feel that ethics - both the patient's and the doctor's - also play a large role.

Organ Donation at a Glance

According to Donate Life America, there were a total of 138 million registered organ and tissue donors in the United States. While it is reported that 95% of adults in the U.S. support organ donation, only 54% are registered organ and tissue donors. However, the amount of people who actually need transplants is on the rise, topping out at more than 114,000 individuals on the national waiting list.

Why is it then that roughly 46% percent (nearly half) of the U.S. population who are eligible to be organ donors aren't even registered? Could it be that the benefits of organ donation do not outweigh the disadvantages?

Understanding the Cons of Organ Donation

While some may shun the thought of having their body buried without all of its organs, others don't have a problem with it. Besides not being a suitable donor, there are many reasons why individuals are against organ donation.

Organ and tissue donation is a very personal decision, and most organized religions don't oppose it. Many encourage it and consider it an act of charity. However, some religious and ethnic groups do have stipulations:

Fear of Unethical Selling and Buying of Organs

It's true, there is a black market out there for some types of donated organs, especially kidneys and most often, not in the United States. Countries including Bosnia, China, Ukraine, Iran, and Pakistan, where populations are poor, are frequently in the news because residents there illegally - and in some cases legally - sell certain human organs for cash. In the United States, selling your organs is illegal, although some argue that if individuals were paid for the viable organs upon their demise, those on the transplant waiting list may be helped a little sooner. But is buying human organs ethical if it is a matter of life or death? In some countries, citizens don't have much of a choice. Organs from living donors are transplanted from those living in Third World countries into prominent individuals living elsewhere. All because the money is needed for the donors to live. However, in others, organs are stolen. For instance:

Uneducated About the Process

Still, many Americans are unwilling to become donors simply because they don't understand everything that goes along with the procedure. To help with this, health care providers are working adamantly with organizations such as Donate Life America to ensure that both the patient and patient's family have a clear understanding as to what occurs when organs are donated and transplanted. Some myths, that help explain the cons of organ donating, include:

Another issue with organ donation is can potentially arise with the donor's family. It may be necessary to keep a loved one on life support for an extended period in order to keep the tissues healthy that are to be donated. Unfortunately, this may give the family a sense of false hope since they are still seeing 'life' and this may intensify the grief as well.

Family May Have a Problem With the Recipient

The family may have a problem with the fact that they do not have a choice on who receives their loved one's organs. It simply goes to the next organ recipient on the list that is a match. This means someone of a different culture, ethnicity, political belief or religion could receive their loved one's organs and this may be difficult for some families to accept.

The most common organs supplied by living donors are kidneys and liver. While being a living organ donor can be very rewarding, unforeseen circumstances can arise and there is no way to know in advance if there will be problems. Some cons of being a living donor include: 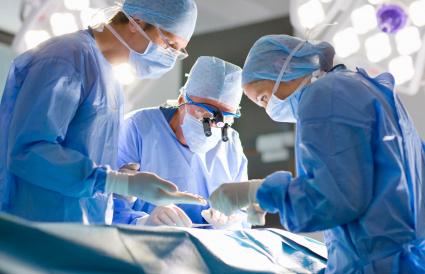 There are short-term and long-term medical cons for being a living donor.

Possible short-term cons may include:

If you're a living kidney donor, you may experience high blood pressure, diabetes, loss of kidney function (25-35%), chronic kidney disease and bowel blockage. A small percentage of donors end up needing a kidney transplant themselves but you will get priority since you're a living donor.

Emotional short-term cons include worry or anxiety about the surgery itself and stress during the recovery process.

Long-term emotional cons could include anger if the patient's body rejects the organ. You may feel sadness or regret as well.

Short-term financial cons include the cost of travel and lodging. Also, lost wages for time off work due to testing, surgery, and recovery.

Long-term financial cons include having difficulty getting health or life insurance or having to pay a higher premium after the surgery. There is also a chance you would have trouble being accepted into the military or having a career in law enforcement or with the fire department.

An opt-out system or a program to recruit more donors may be a better option than making organ donation mandatory.

When it really comes down to it, becoming an organ or tissue donor is really a personal decision that should be discussed with your next of kin, personal physician and spiritual leader. Before you sign up to be a donor, make sure you are completely educated about the process.